Lenovo to buy Motorola Mobility from Google for $3bn 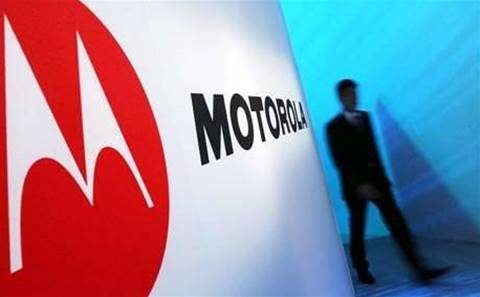 Google has confirmed that Lenovo will buy the division, which Google acquired from Motorola in 2011 for US$12.5 billion.

The Motorola Mobility unit includes the Moto X and Moto G smartphones as well as some 17,500 phone-related patents.

But the endeavour has not been particularly successful for Google, which reported a US$248 million operating loss for the third quarter of last year for the Motorola Mobility division.

In a statement posted on the Google blog, chief executive Larry Page said: "We’ve just signed an agreement to sell Motorola to Lenovo for $2.91 billion."

He said that while Google's 2011 acquisition of the business – specifically Motorola Mobility's patents – had helped create a "level playing field" and "supercharge the Android ecosystem", Google had struggled to keep up with the "super competitive" smartphone market.

"It’s why we believe that Motorola will be better served by Lenovo – which has a rapidly growing smartphone business and is the largest (and fastest-growing) PC manufacturer in the world," the statement read.

"This move will enable Google to devote our energy to driving innovation across the Android ecosystem, for the benefit of smartphone users everywhere."

Google said Lenovo would continue to operate the Motorola brand. The deal will also see Google retain the majority of the patents.

The deal is awaiting approval by US and Chinese regulators.

The deal is the second big-ticket purchase Lenovo has made in just days. Late last week it revealed it would take over IBM's x86 low-end server unit for $US2.3 billion.