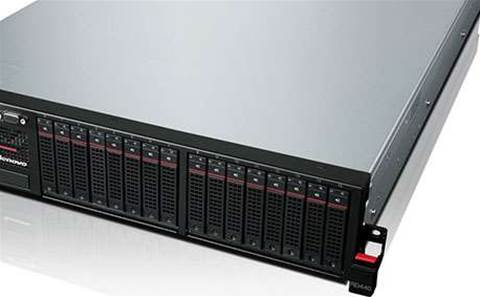 The new Lenovo servers, including two rackmount models and a tower server, target enterprise solution providers and their customers with the ability to perform at consistently higher temperatures than normal and with new flexibility aimed at helping them work with customers' existing environments, said Dave Lincoln, director of Lenovo's enterprise product marketing.

Lenovo's new server line comes at a time when the company is starting to capitalise on its strategic relationship with EMC and preparing to take over the x86 business of IBM, Lincoln told CRN US.

Lenovo has made the enterprise its top strategic initiative, he said. "While our PC business is great, it's a water-from-a-stone business [in terms of profits]. A lot of money is coming from servers. We love the server business. We're investing."

Last week, IDC reported second-quarter Lenovo server shipments up 47.7 percent over to more than 77,000 units, leading to a 62.7 percent year-over-year rise in server revenue to US$145 million.

Included in the rollout is the Lenovo ThinkServer RD550, a 1U rack mount server that can be configured with up to 12 drives and 26 TBs of internal storage and up to eight 10-Gb Ethernet ports with an option for four 10-Gbit Ethernet ports and two 16-Gbit Fibre Channel ports.

Also new is the Lenovo ThinkServer RD650, a 2U rack mount server with space for up to 26 drives and 74 TBs of storage capacity. Both rack mount servers can be configured with up to 768 GBs of DDR4 memory.

Lenovo also introduced the Lenovo ThinkServer TD350, a scalable tower server with up to two of the new processors, up to 512GBs of DDR4 memory and up to 90 TBs of storage capacity.

A key feature of Lenovo's new servers is their energy efficiency, said Bob Zuber, director of product planning and strategy for the vendor.

Dell has adopted the ASHRAE A4 control standard to run continuously at 113 degrees Fahrenheit or 45 degrees Celsius to significantly cut cooling requirements, Zuber told CRN US.

"Every single degree increase in operating temperature leads to a 4 to 5 percent increase in cost and cooling savings," he said. "Many other vendors do not run the ASHRAE A4 level continuously."