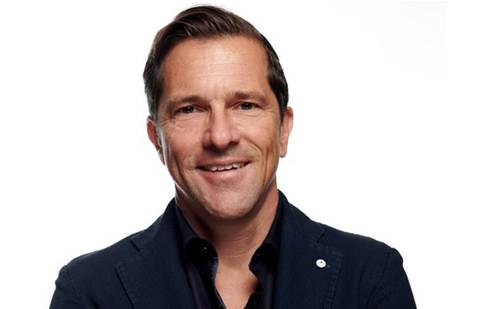 Lenovo on Tuesday unveiled a new global partner program that’s targeted at bringing together the company’s intelligent devices and data centre infrastructure businesses in a more cohesive and profitable way for partners.

The new program, Lenovo 360, won’t launch until early 2022, the company disclosed. However, the PC and data centre giant is announcing the plans now to signal how Lenovo’s sales framework is going to be evolving, in connection with the company’s “One Lenovo” strategy, executives said.

The plans follow Lenovo’s April reorganisation that split the company into three business units – Intelligent Devices Group, which includes PCs and IoT; a rebranded Infrastructure Solutions Group (formerly known as the Data Center Group); and a new Solutions and Services Group focused on verticals and services.

At the same time, Lenovo is seeking to unite its businesses from a solutions creation and go-to-market perspective, to drive greater product synergies and partner opportunities, Lenovo said.

"The global channel organisation and forthcoming Lenovo 360 program will provide both global scale and better access to the three business groups’ portfolios, which means “our relevance is getting stronger,” Bourguet said in an interview with CRN.

Lenovo is aiming to help more of its PC-focused partners to expand into data centre solutions, and vice versa, Bourguet said. A key goal of the Lenovo 360 program will be “bringing awareness of the power of the Lenovo portfolio to the channel community,” he said.

Bourguet said that the specifics of the Lenovo 360 program will be announced by the end of 2021. Lenovo is currently working on the partner enablement aspects of the new program, including around training, certifications and channel marketing playbooks, he said.

Crucially, Lenovo 360 is not meant to disrupt any partners’ businesses, Bourguet said.

Ultimately, “putting the different programs into the same umbrella program will bring a lot of awareness to the strengths of the Lenovo portfolio,” he said.

For Lenovo’s businesses in North America, the recent reorganisation is also prompting a leadership change.

Vladimir Rozanovich, formerly a longtime executive at chipmaker AMD, is joining Lenovo this week as the company’s president of North America. Rozanovich will also serve as senior vice president for the company’s newly created International Sales Organisation, which covers all Lenovo sales outside of China.

Matthew Zielinski, formerly the president of Lenovo’s Intelligent Devices Group in North America, has been promoted to become president of the International Sales Organisation at Lenovo.

Kevin Hooper remains the president of the Lenovo ISG for North America, reporting to Wilfredo Sotolongo, chief customer officer for the ISG. However, with Rozanovich now responsible for all Lenovo North America business groups including ISG, there will be a “dotted line” from Hooper to Rozanovich in terms of the reporting structure, Lenovo has said.