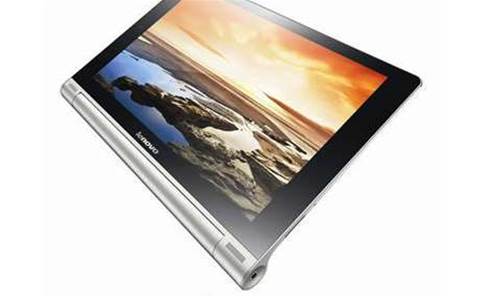 T he most important thing to remember with the Yoga Tablet is that it has little to do with the Ultrabook of the same name.

Instead it is an 8in Android model, built around a folding hinge designed to act as an integrated stand. At first blush it looks like a great device, with a decent 1280 x 800 resolution IPS screen and Android 4.2.2.

While the concept is decent enough, the Yoga is let down by a sluggish Mediatek CPU and only 1GB of RAM. We also found the screen just wasn’t up to par with some of the better tablets out there. Add in the fact that you can buy a better-equipped Nexus 7 for a touch less cash and we find it hard to recommend this tablet.
It is useful if you plan to make full use of the integrated stand, but otherwise the Yoga Tablet 8 is just a touch too overpriced to stand out from what is becoming a very crowded part of the market.
Got a news tip for our journalists? Share it with us anonymously here.