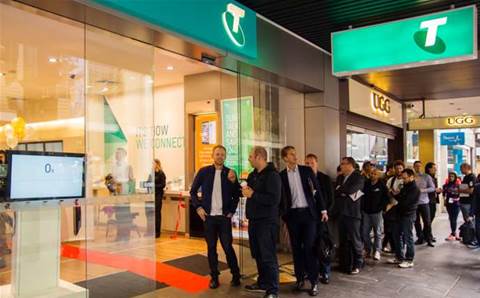 Vita Group has returned to profit following a refocus on its Telstra resellers and closing some of its under-performing Apple reseller stores.

It follows a $700,000 earnings loss from Vita Group’s Apple business, Next Byte, which continues to drag down profits. Revenue at Next Byte was down 20 percent to $59.9 million, compared with $541.5 million in sales from retail, SMB and enterprise businesses.

Vita Group closed down two Next Byte locations in the Melbourne and Brisbane CBDs this year after Apple opened stores in both locations, in direct competition with its partner.

Vita has been refurbishing some Next Byte stores to better emulate Apple's design aesthetic and these V2 outlets were a bright spot in the division, with revenue up nine percent.

Chief executive Maxine Horne cited strong performance from its Telstra stores, as well as the launch of the iPhone 6, for the financial turnaround this year. Vita Group now operates 109 Telstra and Telstra Business Centre retail stores, as well as 17 Fone Zone stores.