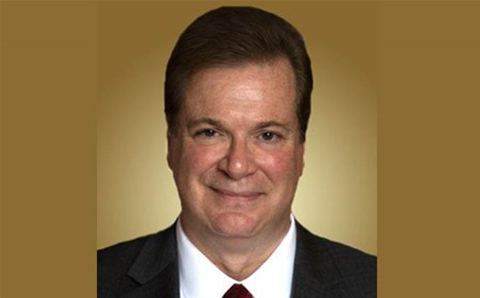 Kentucky based Lexmark has lost its third CEO in two years after Rich Geruson stepped aside suddenly for “personal reasons” after just 14 months on the job.

It has been a tumultuous two years at Lexmark, with the company being taken private in November 2016 when it was bought by Apex Technology and PAG Asia Capital. When that happened former CEO Paul Rooke – who had been with Lexmark for 25 years – stepped down and David Reeder was named CEO. He left in June 2017 – also citing personal reasons in a press release -- and four months later Geruson took over.

This was Geruson’s third stint as a CEO. He held the corner office at Phoenix Technologies for six years between 2011 and 2017, and at VoiceSignal in for four years between 2003 and 2007.

"On behalf of the Lexmark team, I would like to thank Rich and wish him and his family well," Mickey Kantor, chairman of the board of directors said in a statement. “A search for a successor is underway.”

A Lexmark solution provider, who did not want to be identified, said Gerson’s exit will raise questions for some of his bigger Lexmark customers.“I do have some larger customers who are going to ask me ‘Do I need to be worried?’ “ the partner said.

The partner said he believes Lexmark will look outside the company for the next CEO. Geruson’s departure comes just four months after the printer maker announced plans to cut 1000 jobs in July.

The partner said those cuts were tough on resellers, since some of those hit, were part of the support network that partners had relied on. He said a team that had been in place at Lexmark to help partners with big sales, was gutted from a staff five or six down to one, increasing the wait time for partners to get price quotes on special bid deals to two to three weeks.

“You talk about chopping your own head off,” he said. “It’s really been the most disarray I’ve seen from Lexmark.”

But it isn’t all bad news. In an October interview with CRN USA, Sammy Kinlaw vice-president of world wide channel and OEM sales, said Lexmark US sales have grown from 7.5 to 10 percent year over year, while industry-wide sales have shrunk one percent.

"The board of directors, the company's investors and the entire Lexmark organisation remain singularly focused on profitably growing our business and continuing to deliver world-class, industry-leading products and services to our customers," said Kantor. "We continue to be very confident about the long-term success of Lexmark."