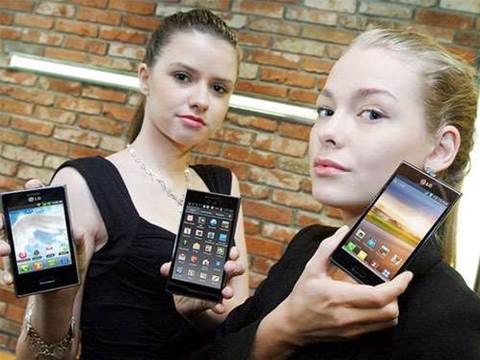 LG has revealed three new phones which are set to rear their heads at Mobile World Congress next week – the L3, L5 and L7.

All three blowers will have a thin metallic design with a leather-like back panel and will also feature LG's Floating Mass display (found in the Prada 3.0) – which in plain English means that the screens look like they're floating, thanks to the closeness of the display to the glass.

Both the L5 and L7 will be released with Android 4.0 Ice Cream Sandwich in the first half of the year, with the former and latter sporting 4in and 4.3in touchscreens respectively.

The L3 on the other hand has a 3.2in display and will be running on Android 2.3 Gingerbread, with a March release date in Europe.

We'll be catching up with all three handsets at Mobile World Congress in Barcelona next week, along with the Samsung Galaxy Note rival, the LG Optimus Vu.

Grow your software revenue by selling these 5 affordable, essential tools for the modern workplace
By Esat Dedezade
Feb 22 2012
8:25AM