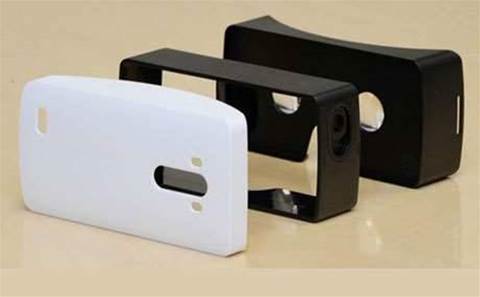 LG is entering the VR space with a virtual reality headset to accompany its flagship smartphone, the LG G3.

The VR headset works in a similar way to Samsung's Gear VR, using the G3 as its screen and the smartphone's accelerometers to track head movement.

LG's approach is incredibly bare bones, especially next to Samsung's $249 offering. Working via Google's Cardboard device - albeit one made of plastic - interaction with the phone is incredibly simplistic. Unlike the Gear VR, it is not backed up by Oculus licensed technology.

The LG headset is available free to all users who purchase a new LG G3 smartphone.

So far this seems to be a US-only deal, with no word on an Australian release for the accessory.