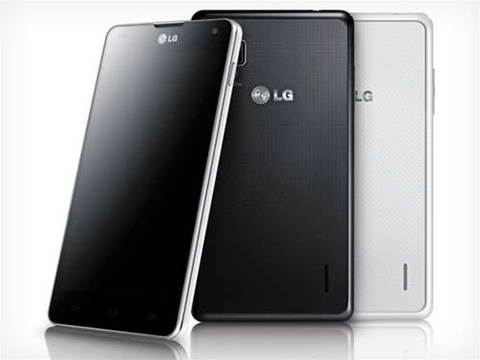 LG's has officially announced the launch of its new flagship smartphone, the Optimus G, following the release of a teaser video late last week.

The smartphone will hit South Korea in September ahead of a global launch in either October or November. The quad-core phone will arrive packing Android 4.0 Ice Cream Sandwich.

The Optimus G includes a 1.5GHz Snapdragon S4 Pro, Adreno 320 GPU and 2GB of RAM. 32GB of onboard memory means plenty of space for software, but LG hasn't made any mention of support for additional storage.

The Optimus G's 4.7in IPS+ display packs in 1280x768 resolution for a near-retina display 320ppi. LG claims that when the screen's switched off, it's the same colour as the bezel, giving you an expanse of solid black glass. There's a 13MP camera lus a front-facing 1.3MP camera  for video calls.

The Optimus G will also come packing some new software – a Live Zoom feature for video, plus Dual Screen Dual Play, which lets you mirror your smartphone with a display, while showing different content on each screen.

Eliminating departmental friction within MSPs
By Stephen Graves
Aug 29 2012
8:05AM