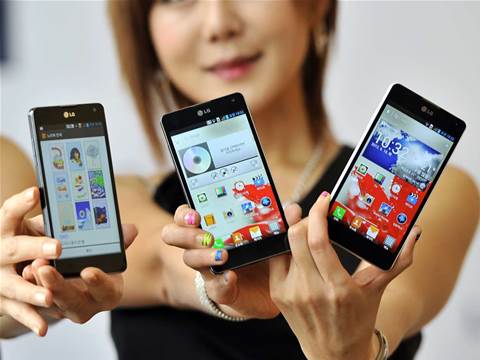 The 4.7in Android 4.1 Jellybean smartphone is expected to be available on a range of Telstra mobile phone business plans. Specific pricing had yet to be announced.

The LG Optimus G is powered by a quad-core Snapdragon S4 Pro processor and comes with an assortment of 'premium device' trimmings, including a 4.7-inch WXGA HD display (1280 x 768 pixels), an 8MP camera, 2GB of DDR RAM and a black glass 'unibody' finish.

Other product highlights include Android 4.1 Jellybean, 32GB of inbuilt flash memory, a powerful 2100mAh battery, an NFC chip and the aforementioned LTE compatibility. The phone measures 131.9 x 68.9 x 8.45mm and weighs in at 145g.

The LG Optimus G was originally slated for an Australian release in December last year, but was delayed due to testing requirements.

"The Optimus G will undergo a range of testing and ranging to meet specific Australian requirements and network frequencies, hence the longer testing time," an LG spokesperson told CRN at the time.

The phone was released in various overseas markets during the third quarter of 2012.