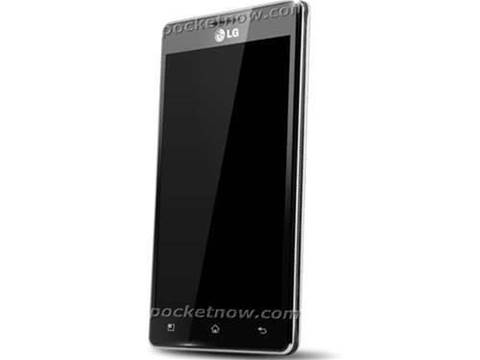 If the rumours are to be believed, lightning-fast smartphones with quad-core credentials are set to take centre stage at Mobile World Congress (February 27 to March 1, 2012). With just over a month to go before it all kicks off, the rumour mill has kicked into overdrive with the latest leak (spotted by Pocket Now) suggesting LG will be among the first to enter quad-core smartphone territory with the X3.

If true, it looks like LG has pulled out all the stops on spec for its first almighty Tegra 3 quad-core handset. A high-res 1280 x 720p 4.7in display, Ice Cream Sandwich straight out of the box, NFC superpowers and 4G capabilities are all thought to be part of its number-heavy spec sheet. Round the back we're expecting an 8MP cam, twinned with a 1.3MP front-facing snapper, all wrapped in a supermodel-slim 9mm shell. The rumours also point to a 2000mAh battery – a huge step up from from the 1500mAh battery packed into the likes of the Optimus 2X.

We've already caught wind of a couple of potential quad-core beasts from HTC, while Fujitsu was showing off a quad-core prototype on the CES show floor. Samsung's also thought to be jumping on the quad-core bandwagon for its highly-anticipated Galaxy S III.

We'll be on the frontline at MWC and will be keeping our ears to the ground for any quad-core shaped smartphone news.

Eliminating departmental friction within MSPs
By Lucy Hedges
Jan 24 2012
8:40AM