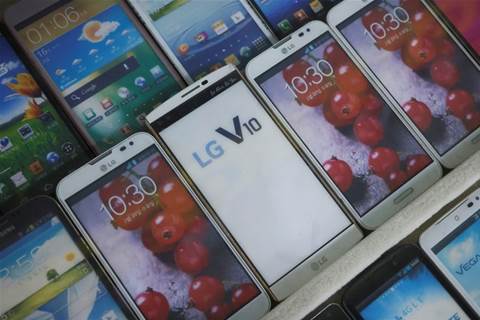 LG's move to exit its loss-making mobile business is expected to create more opportunities for Samsung than its other rivals in the lucrative North American smartphone market, analysts said.

LG's U.S. market share currently stands at about 10 percent, research firms Gartner and Counterpoint estimated, adding it was stronger in markets where it partnered with telecom companies to include its devices as part of a mobile plan.

"Apple tends to cater to the higher end of the (U.S.) market; so it might grab a small portion of LG's sales," Gartner analyst Tuong Nguyen said. "It's more likely that Samsung inherits a lot of it because both vendors compete across similar markets."

Globally, LG's market share shrank to 2 percent in 2020, a massive drop from its status as the world's third-largest smartphone maker behind Samsung Electronics and Apple Inc during its peak in 2013.

"So it will be mostly the Chinese and mid-tier brands benefiting through the LG exit. In its key market like USA – Samsung, Motorola, HMD mostly (ZTE, Alcatel to a lesser extent) will benefit, while Xiaomi, Motorola will benefit in LATAM and Samsung in Korea," Pathak added.

Tech enthusiasts on Twitter lamented the exit of the once ubiquitous name in the smartphone industry, with many crediting LG for pioneering the now-familiar features such as ultra-wide angle camera and capacitive touchscreen in mobile devices.

"They didn't always ace every phone, but losing them means losing a competitor that was willing to try new things, even when they didn't work," popular YouTuber Marques Brownlee (@MKBHD) said in a tweet.

Mitigate tech risk in your business
By Subrat Patnaik and Chavi Mehta
Apr 7 2021
6:57AM