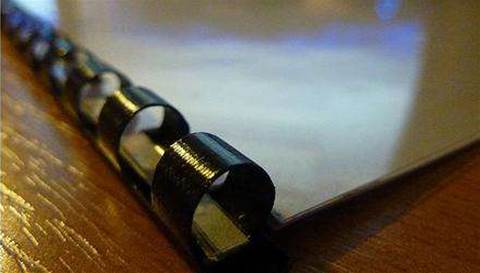 Liberal MP Paul Fletcher attacked claims made by the National Broadband Network wholesaler this week, arguing that applications and verticals that NBN Co targeted did not in fact require the network to be built.

In a 50-page dissenting report (pdf) accompanying a larger Senate report, the former Optus executive hit out at each vertical claimed by the committee as standing to benefit from the network in one way or another.

The Senate inquiry had been tasked by infrastructure minister Anthony Albanese to look into the potential role and benefits of the National Broadband Network.

"The single most striking conclusion from this inquiry is that there were very few persuasive examples given of applications which actually require the speeds that the NBN will deliver," he wrote.

Among his attacks, Fletcher brought out claims by the Department of Innovation, Industry, Science and Research that the NBN would be necessary for the country's bid to host the global telescope project, the Square Kilometre Array.

He asserted that telecommunications required for the $2.1 billion project had been served by the Federal Government's Regional Broadband Blackspot Program and education network operator AARNet.

Much of Fletcher's criticism centered around a telehealth trial conducted by Intel and General Electric, brought up at a public hearing held during the inquiry.

The trial provided 50 elderly patients in the Hunter region of NSW with in-home monitors to allow teleconferencing with nurses and ongoing monitoring.

Fronting a public committee hearing during the inquiry, Intel-GE Care Innovations Australian general manager Dr George Margelis pointed to a lack of reliable internet connections in the area with sufficient upload speeds as a cause for concern over the trial.

Where possible, the system had been tweaked to suit a 512 Kbps upload limit.

NBN Co highlighted the trial's reliance on the fibre network for ubiquity and reliability of connections, rather than speed, in a case study brochure.

The application had also been pinpointed by the majority report, fronted largely by Labor MPs, which would "fundamentally change the delivery of health services in Australia".

However, Fletcher claimed "today's networks" would be able to handle both requirements for such an application.

"For this reason, Coalition Members of the Committee deplore the fact that NBN Co claims, incorrectly, that the Intel Health Guide it is an application which requires the NBN," he wrote.

The Department of Innovation's acting head Peter Chesworth suggested that bandwidth upwards of 30 Mbps was necessary for many telehealth applications, particularly focused around hospital-to-hospital transactions.

But Fletcher claimed use of similar in-home medical systems and devices put forward by the department could be supported by 512 Kbps connections available in ADSL2+ serving areas.

A trial of high-definition video conferencing and telemetrics held in rural Victorian hospitals last year found initial requirements for a 100 Mbps connection to each hospital could be scaled back to 20 Mbps for each facility.

Those applications could also be supported by the hospitals' main fibre connections, rather than requiring dedicated links, the trial found.

Fletcher attacked the Department of Health and Ageing for failing to pinpoint the minimum bandwidth required of both patients and doctors for telemedicine.

The federal department was in the process of outlining technical standards for its telehealth rebate scheme.

The Liberal MP maintained that without proof of the minimum bandwidth required for telemedicine or similar applications, much of the case for government policy around the NBN did not stand to reason.

"Coalition Members were struck by the inability of witnesses to demonstrate a need for the speeds which the NBN is being engineered to deliver," he said.

His argument harmonised with the political party's key communications spokesperson, Malcolm Turnbull, who asserted the dearth of applications made the Labor Government's NBN a waste of money.

Eliminating departmental friction within MSPs
By James Hutchinson
Aug 26 2011
7:31AM