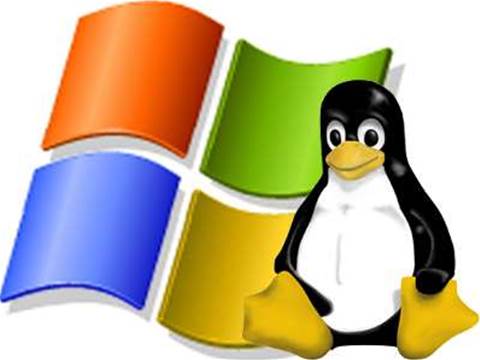 Ever since Linux exploded in popularity in the mid-1990s, enthusiasts have hoped that it could become a mainstream desktop OS.

And their wishes have just come true. But perhaps not as they'd hope.

Microsoft on Monday announced that Insider builds of Windows released in (northern) Summer will include a full Linux kernel in the Windows Subsystem for Linux (WSL). And as WSL ships with Windows 10, that means Microsoft’s flagship OS will one day also include the Linux kernel.

Which is huge given that eighteen years ago former Microsoft CEO Steve Ballmer called Linux a “cancer”!

This is not, however, Windows in any way becoming reliant on or built atop Linux.

Instead, as Microsoft makes plain in its FAQ, WSL “is primarily a tool for developers”  as it “enables you to run native Linux command-line tools directly on Windows, alongside your traditional Windows desktop and modern store apps.”

Today, WSL emulates the kernel. In the future, the actual kernel will be present, which will make WSL more efficient. The new WSL also has native Docker support, to help developers who deploy containers.

But that's big news anyway, because Microsoft has clearly recognised that a better Linux experience matters to a decent subset of its users. And at least one likes the idea!

Well I'm excited. I spend most of my time in WSL. https://t.co/I2Ktl6ccNG

Is this victory for Linux? Yes and no. It’s a win because Linux will be baked into an awful lot of desktops. Yet the overwhelming majority of users won’t ever touch it, know it’s there or consider it as a desktop alternative.

The developers of Linux are still working to change that. Linux maintainer Linus Torvalds on Monday announced the release of version 5.1 of the Linux kernel.

The update will improve Linux desktop support by readying the software to use persistent memory as RAM, which will bring Intel’s Optane DIMMs into play as a new tier of memory. Version 5.1 also offers the chance to lock down USB ports at boot, support for more touch screens, and faster I/O systems.

In related news, Microsoft has also announced a new Windows Terminal, a command line tool it’s offering as a complement to the likes of PowerShell or WSL.

Grabbing the hybrid cloud opportunity with Lenovo and Azure Services
By Simon Sharwood
May 7 2019
10:51AM