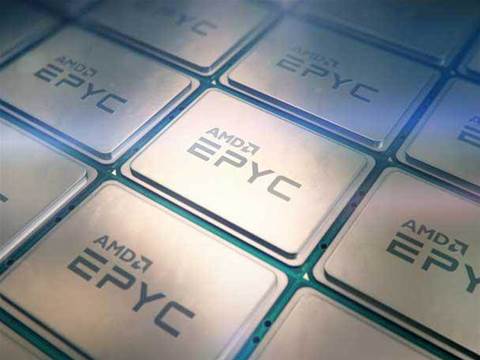 The CEO said the Xilinx acquisition, which is expected to close in late 2021, will increase AMD’s total addressable market to US$110 billion from US$80 billion as the company sees “significant revenue synergy opportunities that can build on AMD’s strong organic growth.” That growth in the data centre was reflected in the company reporting a doubling of EPYC server processor sales over last year.

“In the data centre, our EPYC processors have a strong foundation with the largest hyperscale cloud providers,” Su said on the earnings call. “We are also gaining significant momentum with enterprise customers and playing a leading role in supercomputing where our products are powering the world’s most powerful exascale computers.”

Su said AMD’s momentum, combined with Xilinx’s “significant” investments in the data centre with networking, computing and storage technologies, will make the combined company an even larger player in the market.

The acquisition will help AMD play a bigger role in markets where the company has only had a “nascent presence” in the past, according to Su. They include telecom, edge, industrial and networking markets, for which the merged entity can combine AMD’s “CPU and GPU compute engines with Xilinx’s flexible accelerators, SmartNIC products, software stacks and domain expertise.”

Asked by an analyst what makes AMD’s Xilinx deal different than Intel’s 2015 acquisition of FPGA maker Altera, Su said both AMD and Xilinx are “executing really well” in addition to both of them being “leading edge technology users,” as the two companies work with semiconductor foundry TSMC to manufacture chips.

“They are very complementary from a product and market standpoint, but we have sort of important intersections around the data centre focus, and then also around the technology strategy,” she said.

Su also noted that she traditionally hasn’t leaned on big mergers and acquisitions, so she sees the Xilinx deal as a unique opportunity.

“We’re not doing M&A for M&A’s sake,” she said. “I mean, this is such a unique opportunity. There actually is no better match in the industry for us than Xilinx.”

AMD’s third-quarter revenue was US$2.8 billion, which is a 56 percent increase year over year and US$240 million higher than Wall Street’s expectations. The company’s net earnings were 41 cents per share, beating Wall Street analyst estimates by 6 cents.

The company’s Computing and Graphics segment reported US$1.67 billion in revenue, up 31 percent year over year and 22 percent sequentially. The company attributed the annual increase to higher sales of its Ryzen processors, which also contributed to the sequential increase and a higher operating income. At the same time, the company reported lower GPU revenue compared with the third quarter in 2019, while revenue was better than the previous quarter this year.

AMD’s Enterprise, Embedded and Semi-Custom segment generated US$1.13 billion, which marked a 116 percent year-over-year increase and 101 percent quarter over quarter. It’s unclear to what extent the increase came from AMD’s EPYC server processors versus the company’s System-on-Chip offerings for the forthcoming Xbox Series X and PlayStation 5 game consoles from Microsoft and Sony, respectively.

Su said the company has ramped production and shipments of its SoCs for Xbox and PlayStation and that the chipmaker expects semi-custom sales to increase in the fourth quarter.

As for server processor revenue, Su said the company set a new quarterly record as sales grew by double digits sequentially and more than doubled over the same period last year. The main driving forces were cloud and enterprise customers, with hyperscalers expanding their second-generation EPYC processor deployments and multiple Fortune 1000 companies buying in.

One big question analysts had for AMD was whether Intel’s weak data centre performance in the third quarter reported last week was indicative of the company trending the same way or gaining market share against its rival.

Su said the company’s data centre business “performed really well” and made a “tremendous amount of progress” as the company sees “good momentum” across hyperscalers and enterprises.

AMD expects that traction to continue into the fourth quarter, for which AMD expects roughly US$3 billion in revenue, a 41 percent increase over the same period last year. That prompted the company to upgrade its forecast for full-year revenue growth to 41 percent from the previous 32 percent guidance.

Part of that continuing traction is expected to come from AMD’s third-generation EPYC processors, code-named Milan, which Su said are on track for volume shipments to cloud and select HPC customers in the fourth quarter. She added that tier-one OEMs are working on more than 100 new or refreshed platforms based on Milan, with availability starting in the first quarter of 2021.

“Customer interest in Milan is very high. We are seeing hyperscale, HPC and OEM customers engage deeper and broader for Milan than they did prior to the launch of our second-gen EPYC processors,” Su said.

Grow your software revenue by selling these 5 affordable, essential tools for the modern workplace
By Dylan Martin
Oct 28 2020
10:27AM