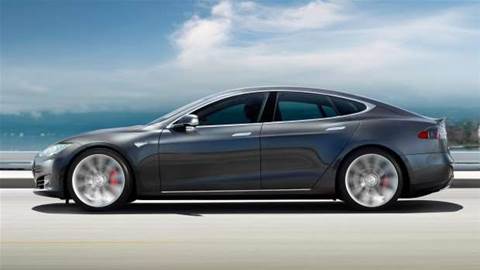 While processor and memory technology has advanced at an electrifying rate, battery tech has remained largely stagnant. For the past decade, flawed lithium-ion batteries have been a limiting factor in everything from our laptops to our electric cars, but a new technology could change that.

Developed by researchers at the University of Cambridge, lithium-air batteries have around ten times the energy density of the batteries used in today's devices, and could revolutionise EVs of the future.

Lithium-air batteries are also five times lighter and cheaper than traditional lithium-ion tech, and researchers believe the new batteries can be charged around 2,000 times without any major charge loss.

How do they work?

The exact difference between the new technology and traditional batteries can be read here, but the the technology is relatively similar to conventional lithium-ion batteries.

"What we've achieved is a significant advance for this technology and suggests whole new areas for research – we haven't solved all the problems inherent to this chemistry, but our results do show routes forward towards a practical device," said Professor Clare Grey of Cambridge's Department of Chemistry, the paper's senior author.

Although the technology could be used in everything from laptops to mobile phones that last for days, its biggest impact will be in the electric car industry. Large, heavy and range-limited, power cells are the limiting factor in the uptake of EVs; lithium-air batteries could solve that problem.

With a lighter, more powerful battery, electric cars of the future will be able to travel significantly larger distances between charges, removing one of the main hurdles they face.

However, it will be a while before lithium-air batteries will be in our electric cars; researchers say the technology is around a decade away from widespread production.

Grow your software revenue by selling these 5 affordable, essential tools for the modern workplace
By a Staff Writer
Nov 6 2015
9:34AM