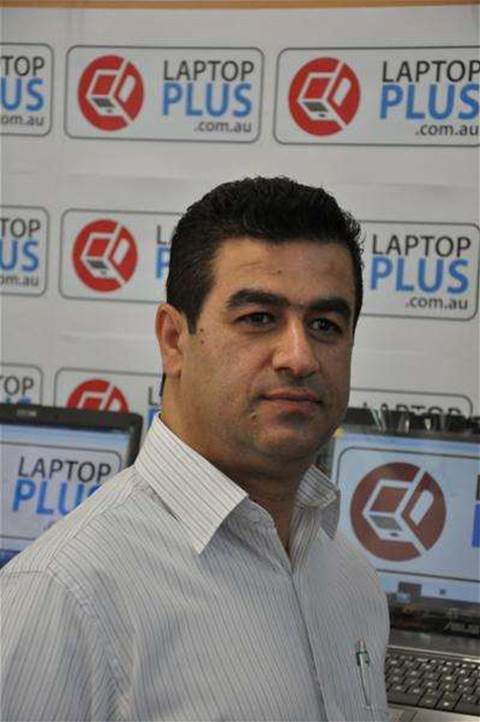 Laptop accessory and parts provider Laptop Plus is turning to its channel to combat the growth of “dodgy” online retailers.

The company is aiming to take on its non-local counterparts by offering its storefront resellers overnight service delivery and discounts on its recommended retail prices (RRP), specifically targeting partners who hold an ABN and a physical Australian address.

Laptop Plus is appealing to its 150-strong partner base to work with the company to ensure customers don’t get “tricked” into purchasing low-quality products, often sold by what CEO Massoud Esmaili says are Chinese operations masquerading as Australian companies.

“When you search in Google for an Acer laptop battery or adaptor etc, you’ll find the top three sites that come up are Chinese, but they put an ‘AU’ in front of their domain name,” Esmaili said, “and as a result people are being tricked into thinking they are Australian companies.”

“Six months ago we looked through a lot of these sites,” he said. “One company we found had three or four different websites which go back to the same database. These people get their products at low quality and very cheap, and because Australians don’t want to spend $25-$30 sending back a faulty product to China, they get away with it.”

Global Battery lists an Alexandria, Sydney address and is a registered business under the name Silver Centre Pty Ltd, an organisation to which online retail sites Aussie Battery and Battery Company are also listed. The organisation declined to comment.

Requests to Au Electronics and Batteryshop for a verification of Australian registration were not met.

A Gold Coast building consultant who requested to remain unnamed spoke to CRN about how he had fallen foul of a ‘dodgy’ online retailer.

After purchasing a generic replacement battery for his Dell laptop, the consultant found the rechargeable battery to be faulty. In a series of emails sighted by CRN, his requests for Aussie Batteries Inc to replace the faulty product saw the company promise a replacement at the customer’s expense of two-way shipping costs to China.

The Gold Coast consultant complied, sending the battery off under registered post, before receiving it back 4 months later as an unclaimed parcel, leaving him $80 out of pocket.

He told CRN the company’s correspondence grew less frequent and then stopped completely once he sent the battery to the stated Chinese address.

“It didn’t surprise me they were Chinese batteries but I thought they would be posted out of Australia,” he said. “I went through them purely for the cost. At the time I thought I’d found someone who was Australian so I didn’t bother to look further.”

He declined to follow up with the consumer watchdog because it appeared the company was not Australian based. He warned buyers to be wary of online retailers which don’t prominently display full contact details.

“Just do as much research as you can. I thought at the time what I did was adequate, but it wasn’t.”

Laptop Plus has a growing partner base with a portfolio of national resellers including Skytech Computers, IT Warehouse and U-Bute computers, Top Hat Computing and South Australia’s Aldgate computers, and the recently contracted Quintec Computer Services.

Martin Quinn is the CEO and founder of the PC reseller, specialising in Acer and Toshiba branded laptops. He turned to Laptop Plus for replacement AC adaptors and batteries, after a bad experience with other online retailers.

“They were all from China” he said. “The product takes forever to get here, the AC adaptors were flimsy and blew pretty quickly, and the batteries weren’t compatible.”

“The biggest problem we had was the after-sales service. It’s a bit different from a consumer’s point of view, but when you buy more than a few products you get a sense of it. These companies don’t have a phone number, so when you need to lodge a complaint or organise a return, they make it very difficult for you.”

Unlike the Gold Coast consultant, Quinn never took the route of sending a faulty item to China. He said the retailers made the process expensive and laborious to discourage customers from requesting replacements.

“The understanding was they would replace it, but they also wanted me to pay the shipping costs to send it back to me,” he said. “So once I paid shipping costs both way, the cost was close to me buying a new one, which is why I never followed through.”

“You get what you pay for. We gave the choice to our customers and they wanted to cheaper ones,” he said. “Now I just tell them my experience, and all that all those types of online stores are run the same way. I tell them for an extra $30 you could buy the right, quality product which is manufactured to Australian standards.”

Laptop Plus’ Esmaili told CRN Quinn is just one example of many customers who have been caught out by such retailers. He said his company had invested into its service to allow customers to differentiate Laptop Plus from non-Australian retailers.

He advised consumers not to be led astray by a domain name claiming an Australian base.

“Firstly, they can tell our website has been designed properly, there aren’t any spelling mistakes and we have a phone number they can call to speak to someone. And the person answering the phone has an Australian accent. If they want to go further they can check out our ABN number and so forth.”