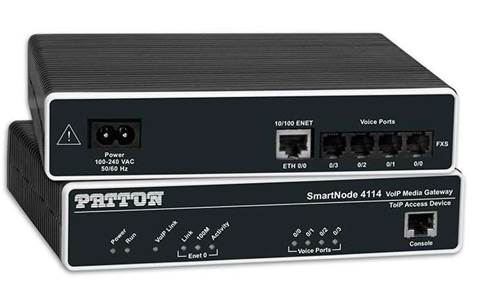 Rohan Milne, chief executive of Novum, said large carriers such as Telstra and Optus had been using the impending arrival of the National Broadband Network in regional towns to convince users they needed to invest in expensive NBN-compliant phone systems or risk losing connectivity after the copper network was switched off.

He called it "a fallacy".

"We are getting a bit fed up with the big carriers because they are going in and bullying small customers saying, 'You need to buy this.'"

In a case with one Western Australia customer, Novum found that a tier-one carrier had sold a new system that was identical to the client's old system, with the exception of a $300 IP card.

Milne said rather than spend $10,000 for a 60-month rental of a new phone system, customers could make a one-off $1,500 investment in the Patton device, then capitalise on the lower cost of IP-based telephony versus the higher cost of ISDN line rental.

"We chose SmartNode because of its nearly universal interoperability – not only with service providers like Novum, but with just about every PBX in existence,” said Milne. "That means we can deliver our NBN service to any business customer in Australia, regardless of the hardware and software they already have in place."

Some brands of traditional phone systems, including certain products from NEC and LG, don't require the Patton IAD – "we can terminate trunks directly to them", Milne explained.

"Even with business-grade internet, if you have Ethernet-over-copper, those services are not being cut off because NBN does not have business-grade offering," added Milne.

Novum partner Samsons Communications has just completed the first Patton proof-of-concept for a client in Toowoomba, which was one of the first towns to get the NBN and has already seen some copper services switched off.

The Novum carriage service, which is based on the Broadsoft hosted telephony platform, is sold 100 percent indirect through two channel models – a reseller model and a white-label offering.

Novum's IP telephony platform is hosted at geo-redundant iSeek data centres in Brisbane and Gore Hill, Sydney and based on AAPT fibre.

Milne explained the two distinct channel models. With the reseller model, channel partners order Patton gear from distributor Alloys, switch the customer's carriage over to Novum and get a trailing commission of the carriage spend, with billing provided by Novum.

He said the greatest demand was for Novum's white-label offering, which allowed managed service providers to roll up voice services as part of their single bill to the customer.

"We have a lot of MSPs coming on as reseller to start with, dipping their toe into the voice world. But to own a customer you need to own their data, their IT and their telephony. If you own all three, you own that customer," added Milne.

He boasted that Novum's margin structure was better than the commissions offered by mainstream telcos, and would help IT partners build recurring revenues and increase business valuations.

"We come in and say, 'We will give you 10-20 percent of the monthly spend of that customer, the rental for the SIP trunks as well as the call carriage. If you have customer making $10,000 of calls, you will get $1000 a month.

"I have seen telephony companies closing down because they are worth nothing, but they have all these customers... If you have a recurring revenue your EBIT [valuation multiple] jumps."