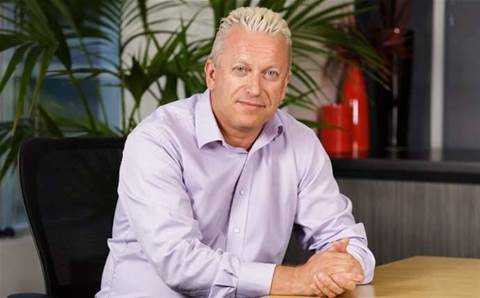 Basil Reilly is leaving Logicalis after almost three years leading the Australian arm of the company.

The chief executive's last day will be 30 September. Logicalis sales director Alan Brown will also leave on the same date.

Mark Rogers, Logicalis Group chief executive, said: "Basil has made a great contribution to the business in recent years, particularly in regards to building a positive culture with an emphasis on career development of our staff and enhancing Logicalis’ reputation as an employer of choice."

A Logicalis Australia spokesperson said that the company was on the lookout for a new CEO.

The IT solution provider acquired Melbourne-headquartered Thomas Duryea in December 2015 for up to $17 million.

In April, Logicalis closed its Brisbane office, claiming it wanted to "focus on growth in Sydney and Melbourne, which aligns with Thomas Duryea's geographic footprint".

Reilly joined Logicalis in December 2013. Prior to that, he worked for UXC Connect where he was the outsourcing division director from 2007 to 2012, before becoming the director for the managed services group until he joinined Logicalis.

Brown also worked at UXC, and was the national strategic alliances manager for a year and a half.

Logicalis Australia posted $52.3 million in revenue for the year ended 29 February 2016, slightly under the previous year's $53.2 million revenue. That year was a significant fall from 2014, when the company posted revenue of $69.1 million.

Logicalis is owned by Datatec, a South African company that also owns the Westcon Group. Logicalis claims to be one of Cisco's top 10 partners in the world.