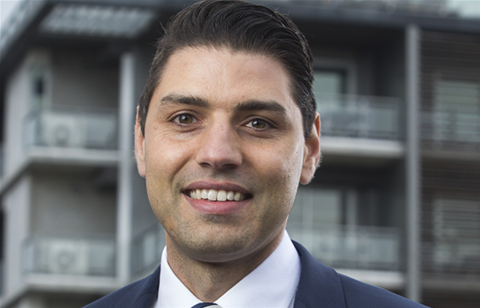 The integrator has named general manager of consulting and advisory Naveen Shettar as acting director of services from 1 July 2022, with a review of the position expected later in the year, according to a Logicalis spokesperson.

In a statement sent to CRN, Zammit said, “It has been a phenomenal journey, and I have enjoyed building the business up over the years,”

“I've achieved everything that I wanted to at Logicalis and have made many friendships along the way. I know that I'm leaving the business in a stronger position than it was when I started. The business is in a great direction with a strategy aligned to the market’s needs.”

Commenting on his departure, Logicalis Australia chief executive Anthony Woodward said, “Damian progressed from engineer to the top of the ranks in the services organisation, cutting a rapid career path.”

“He’ll be sorely missed, but I’m very supportive of him making a great career move.”

Zammit also announced his departure on LinkedIn, saying he plans to take a couple of weeks off before commencing a new role.

“[Friday 1 July 2022] officially marks my last day at Logicalis Australia. I want to express my gratitude for the business's support over my 12-year journey. Being part of Thomas Duryea's & Logicalis' success and seeing the company grow into a leading Managed Services and Solution Provider is something I feel very proud to have been part of,” his post read.

“Over the years, it has been a pleasure working with many wonderful people, where we have created a lot of memories and friendships. I want to call out the senior leadership and management teams with whom I have worked incredibly closely over the last few years; it has been an absolute pleasure! And to the Logicalis delivery teams, whose technical excellence is second to none. I wish you all much success.

“I would also like to thank the customers. It was inspiring to understand your challenges and how the technology and solutions provided overcome them.”

Zammit first joined what was then known as Thomas Duryea Consulting in 2010 as a senior systems consultant. After stints as solution architect and national practice manager, he was named general manager in the then-new Thomas Duryea Logicalis, and moved up to director in April 2021.

Prior to Logicalis, Zammit also worked at Perth-headquartered managed services provider Winthrop Australia as systems integration consultant from 2007 to 2010, and at Melbourne-based integrated telco systems provider CNG Group as operations manager from 2003 to 2007.