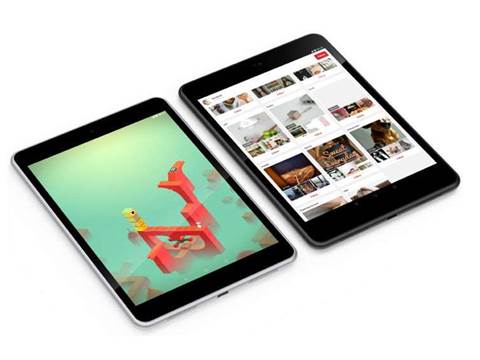 Nokia is back in the mobile device game with today's launch of the Nokia N1 Android tablet at the Slush conference in Helsinki.

The device, which was debuted by Sebastian Nyström, head of product business at Nokia Technologies, is the first to be released since Nokia sold its devices and services unit to Microsoft earlier this year.

While it runs on Android 5 Lollipop, it will be the first device to feature Nokia's Z launcher home screen.

Z launcher, which is available in beta from today, is, Nokia claims, an intelligent platform, which changes what's displayed on the home screen depending on the time of day. The more you use the tablet, the more accurate it will become at serving you relevant apps.

Z launcher also lets users "search by scribble". There's a space on the right or bottom of the screen, depending on whether the device is being held sideways or upright, where you can draw in a letter or number and it will display all apps beginning with that character. Once again, the more you use it, the more accurate it becomes.

In terms of connectivity, the Nokia N1 has dual-channel Wi-Fi support, MIMO Bluetooth and Bluetooth 4. It's also one of the first devices to have the new reversible micro USB standard.

The device will, according to Nyström, cost around US$249 before tax and will first become available in China, followed by other markets.

"This is something new, and it's just the beginning," said Nyström, closing his presentation.