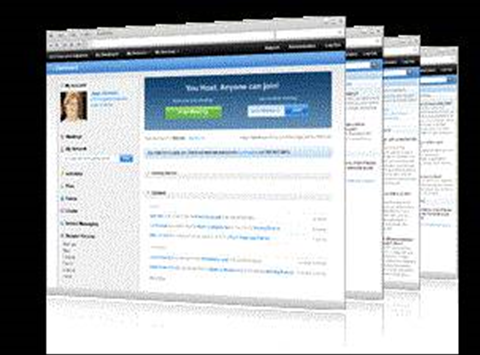 LotusLive, IBM's cloud-based email and collaboration service, attracted 18 million direct subscribers in its first year. Now in its second year, partners have the opportunity to win their share of the pie.

IBM began rolling out LotusLive directly in October. Some big wins for the on-demand communication and apps service included Panasonic, which recently announced it would deploy the suite across 100,000 - 300,000 employees.

According to Shaun Smith, business unit executive for Lotus channels at IBM Asia Pacific, IBM's direct strategy was the first phase of its LotusLive roll out. It was "really to get the technology out and get some quick wins.

"We've invested time to build up momentum," he said.

IBM has planned to extend the service to partners and already most of the Lotus Partner community has registered and was using LotusLive Engage free of charge, IBM told CRN.

"The idea there is so they can use the technology and be able to use it with their customers," said Smith.

IBM was "keen" to speak with parties interested in taking the technology to customers across Australia and New Zealand and has made significant investments around LotusLive, appointing dedicated staff and opening a cloud-computing lab in the Asia-Pacific region.

"In each of the regions in Asia Pacific including Australia and New Zealand, IBM has a dedicated representative. In A/NZ it was a newly appointed role as of the third quarter last year," said Smith.

The partner strategy this year was to provide partners with the tools to reach new markets across three main segments: web meetings, collaboration and hosted messaging.

"[Partners] have the ability to float across those three different areas where they have those opportunities," Smith told CRN.

"For example, with LotusLive we have the ability at a number of differing levels to move into the web meeting space, the collaboration space and the messaging space with cloud offerings.

"Some of those [segments] are probably low cost and ultimately gives the partners the ability to widen their footprint in the market and to extend their services to new markets. So it's a new opportunity for them to pursue," he said.

"I know we have some partners signed up in ASEAN; we're going through the process of signing up partners this quarter."

Smith said the Australian customers are ready for LotusLive. In Q4 last year IBM closed some "quite large deals" in Australia and New Zealand, Singapore and India.

"These are typical enterprise customers that wanted lower cost of ownership who wanted to give deskless workers to interact via email or collaborate," said Smith.

However, Smith said that in 12 months time IBM will still have a direct sales force that has the opportunity to go after larger opportunities.

In fact Adam Brown, executive director at ISW, told CRN that he never saw LotusLive as a risk to the channel.

"We've started to create offering to migrate users to LotusLive from competitive offerings. From our point of view we see opportunity in doing competitive LotusLive migrations from other products."

Brown said LotusLive is a service he can take to new markets. "For smaller business that simply don't have the capacity to have their own infrastructure LotusLive a compelling offering.

Grow your software revenue by selling these 5 affordable, essential tools for the modern workplace
By Negar Salek
Feb 23 2010
11:46AM