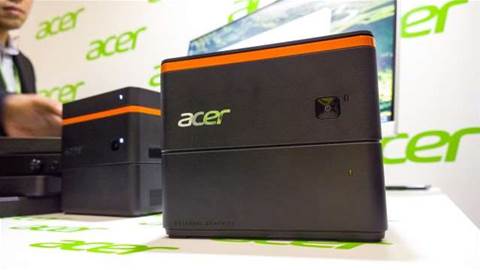 Imagine if an Intel NUC had an illicit love affair with a box of Lego: their lovechild would surely be the Acer Revo Build M1-601.

On its own, it's a cutely proportioned mini-PC, but shell out on the optional extras – such as hard drives, an external GPU or miniature speakers – and they stack neatly on top of the base unit to form a mini-tower.

It's a neat-looking arrangement, and thankfully Acer doesn't intend to ruin the effect with a tangle of cables sprouting from the rear. Instead, you simply remove the plastic cover – which clips magnetically in place, so no tools aren't required – to reveal a discrete little connector on the top which carries all the necessary power and data between the various blocks. Clever, but refreshingly simple, stuff. 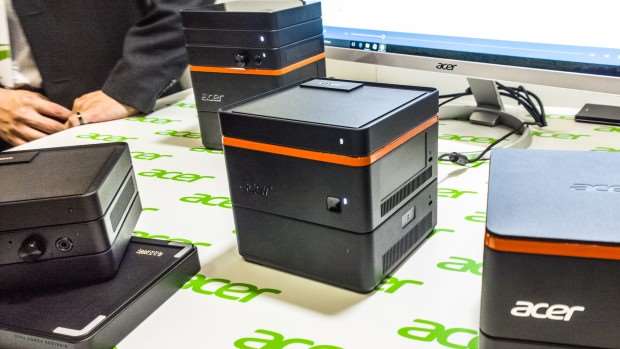 Currently, there's a fairly limited selection of extra blocks, but Acer had a variety on show including a wireless charging block for phones and compatible devices, an external GPU, a mini-speaker and headphone amplifier block.

As long as Acer keeps manufacturing blocks for the forseeable future, the Revo Build will be the first mini-PC which can actually get GPU upgrades.

Performance is likely to be pretty darn good. With an Intel Skylake Pentium or Celeron chip doing the honours, alongside 32GB of flash storage and 8GB of RAM, there'll definitely be enough grunt to keep Windows 10 happy, and it'll be really interesting to see what calibre of GPU Acer will be offering. Stick an Nvidia GeForce GTX 960M in there, and you'll have the recipe for a perfect mini gaming PC. 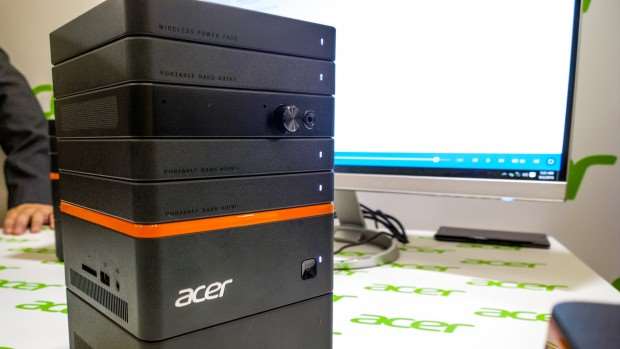 Connectivity is decent, too. There's HDMI and a full-sized DisplayPort around the back, along with a couple of USB 3 ports and a Gigabit Ethernet connection. With 802.11ac Wi-Fi rounding off the deal, the Revo Build has all the essentials you could ask for. Well, apart from actual Lego compatibility, that is.

Acer has promised that the Revo Build M1-601 will start at £200 ($436) for the base unit. Ultimately, though, the Revo Build will live or die by the pricing of its add-on blocks – and there's currently no word how much those will cost. 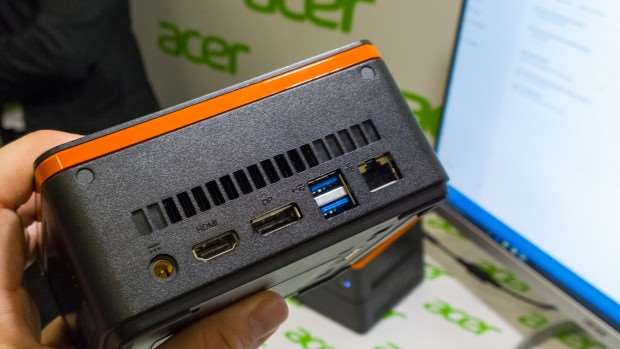