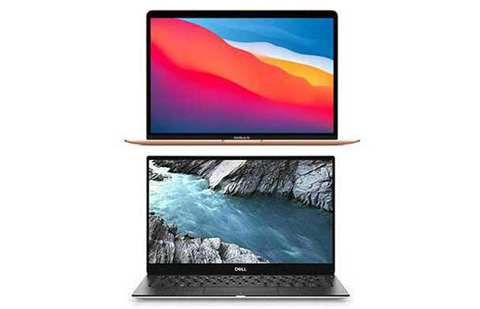 Thanks to the M1 chip, Apple’s growth streak for the Mac line continues. Mac sales have surged during Apple’s past three quarters, and the M1-powered MacBook Air is no doubt helping to drive the strong demand.

Meanwhile, over in the Windows 10 world – soon to be Windows 11 – Dell’s popular XPS 13 has received an update for 2021 that should make it an alternative to the MacBook Air that’s worth considering. For the processor, Dell’s newest XPS 13 comes with 11th-gen Intel Core processors along with options for OLED or 4K displays.

Both the newest MacBook Air and XPS 13 thus offer powerful CPUs for enabling productivity along with aesthetically pleasing designs.

Which of the two powerful-but-pretty laptops is the better fit for you? We compare the new Apple MacBook Air (M1) vs Dell’s XPS 13 for 2021 on specs and price.

Besides considering the Apple M1 vs Intel CPU differences, buyers looking for a new laptop should check out the differences on display with the MacBook Air and XPS 13. As mentioned, the new XPS 13 offers an option for vibrant OLED display technology or ultra-sharp 4K resolution on its 13.4-inch screen.

While sporting Apple’s famous Retina display technology, the MacBook Air does not have options for resolution that high or OLED technology on the display – or a touch screen, either, as some XPS 13 configurations do offer.

As mentioned, while the MacBook Air doesn’t offer OLED or a touch screen option, the notebook’s Retina display technology promises top-notch picture quality for the notebook. Apple has also introduced support for P3 wide colour on the MacBook Air – which provides “an even more vibrant, true-to-life Retina display,” the company said. The resolution for the M1 MacBook Air falls in between the options on the XPS 13, at 2,560 x 1,600. 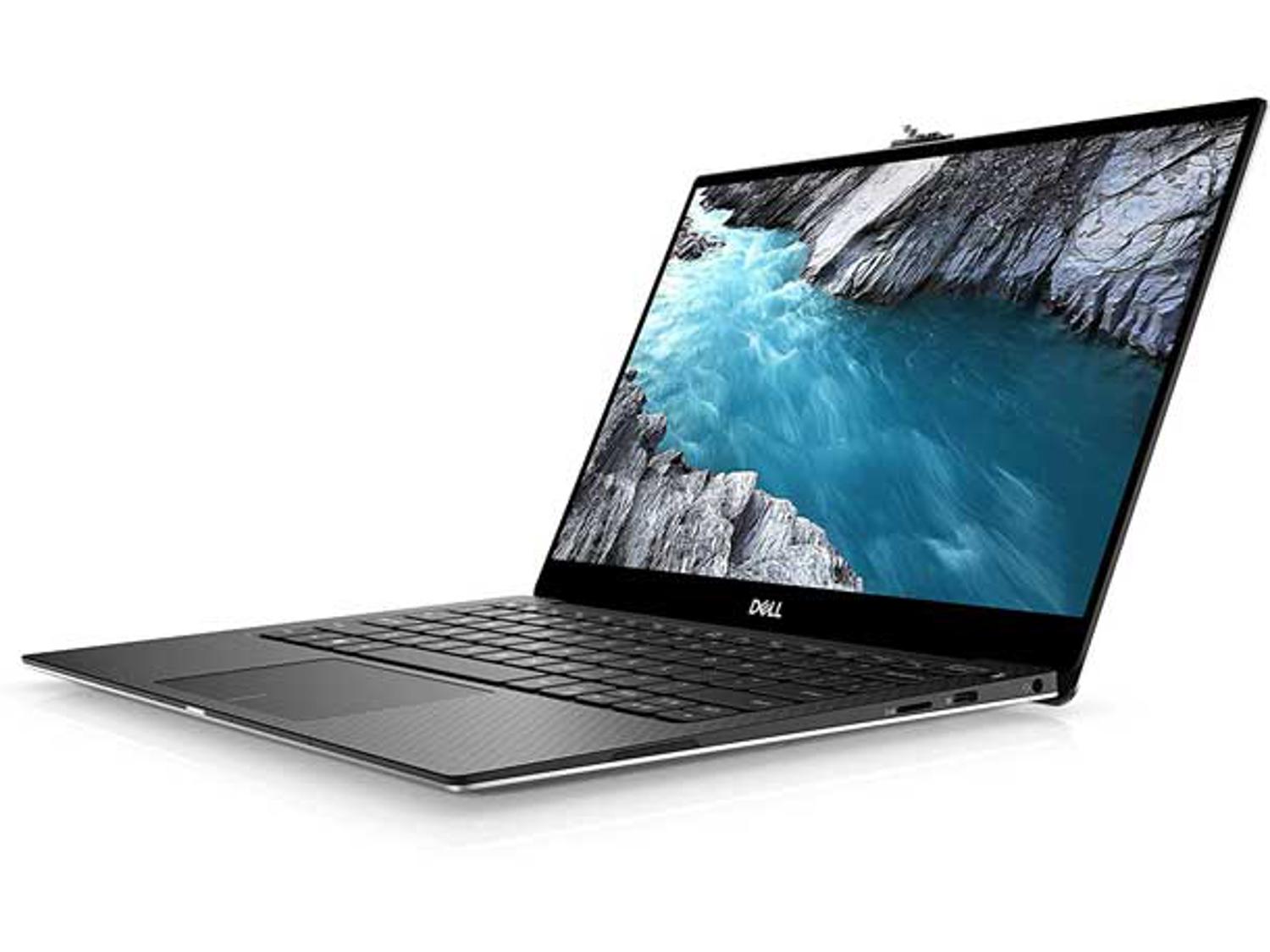 In terms of materials, both notebooks are made from aluminium. The MacBook Air is available in three colours – gold, silver or space gray – while the XPS 13 is offered with either a platinum silver exterior and black interior, or a “frost” exterior and white interior.

Both the XPS 13 and MacBook Air only offer two ports and both are USB-C / Thunderbolt. With either laptop, that means getting used to owning dongles for converting from USB-C to other connector needs, such as USB-A or HDMI. Apple’s MacBook Air is among the first devices to come equipped with the company’s speedy, Arm-based M1 processor. For the MacBook Air, there are two options for the M1—a version that has a seven-core GPU or a variant with an eight-core GPU. Both versions have an eight-core CPU.

How does the XPS 13 compare on performance to the M1-powered MacBook Air? Recent benchmark scores suggest a speed advantage for the MacBook Air with M1, even when it’s up against the fastest XPS 13. Geekbench 5 scores for the M1 and Core i7-1185G7 show the M1 winning out both in single-core and multi-core tests. The M1’s performance advantage should most noticeable on more-demanding, multi-core tasks, according to the Geekbench 5 results. If you opt for the 4K model of the XPS 13, battery life drops to a maximum of 8 hours and 12 minutes, according to Dell. The XPS 13 also does require a fan.

Dell, meanwhile, is offering a Widescreen HD (720p) webcam that only takes up 2.25mm of space, enabling the inclusion of the webcam at the top of the display even with the slim-bezel design. The laptop also includes a “studio” microphone array, featuring dual mics, along with a speaker system offering stereo 2.5W speakers that are “professionally tuned” with Waves MaxxAudio Pro technology, according to Dell.

Apple’s MacBook Air comes out as the more affordable laptop in this comparison. The starting price for the MacBook Air is $899, making it $120 cheaper than the current starting price of $1,020 for the XPS 13 (with Intel Core i3).

However, for that XPS 13 price, you’ll also be getting the slowest model. The XPS 13 with the Core i7-1185G7 processor will be most comparable to the MacBook Air with M1 on performance (though it still doesn’t quite match the M1 on speed).

To get the XPS 13 with that Intel chip, you’ll need to pay $1,310. Though there’s still another caveat, which is that this configuration automatically gives you 16 GB of RAM. To get a MacBook Air with 16 GB of RAM, it will cost you $1,079 – meaning that for models with the most comparable CPU and RAM, the XPS 13 still comes out to being $231 more expensive.

Additionally, it’s worth noting that this starting pricing for the XPS 13 includes the FHD+ non-touch display. To get the XPS 13 with an FHD+ touch screen will add $100 to the price, while opting for the 4K display will add $400 to the price. Currently, Dell is listing the model with the OLED display at $1,649.99, though that price also gets you 16 GB of RAM, 512 GB of storage and the top-end Core i7 chip.

Eliminating departmental friction within MSPs
By Kyle Alspach
Sep 6 2021
6:42AM