It all started a year ago when one user reported, on Apple's support forums, weird stains appearing on their MacBook Pro with Retina Display screen.

From there it snowballed into a 42-page thread with over 600 replies. More and more users have come forward about their MacBook displays, Retina or otherwise, receiving similar perplexing stains. 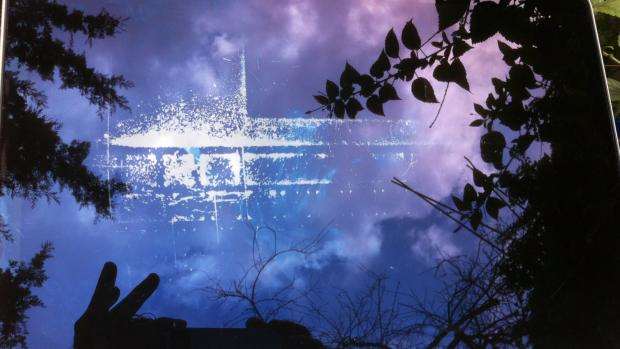 A year on and the problem still hasn't been solved, and Apple doesn't seem to be looking into it either.

Users have determined the issue to be a result of the anti-reflective coating applied to MacBook Pro screens stripping itself away. Some have postulated its cause as acidic excretions from the skin contaminating the keyboard and MacBook chassis.

Their reasoning? A large amount of the stains appear to be in the middle or upper edges of the display, in a patter mirroring that of the keyboard, trackpad, and surrounding case.

Apple's stance on the matter certainly hasn't been supportive, with Staingate.org stating Apple won't cover the cost of replacement due to it being "cosmetic damage" which is "not covered by the warranty".

Currently, the cost to repair the screen is around US$800 and comes with a three month warranty, but user reports suggest screen damage can occur within just seven months after purchase.

With 1,477 people registered into its database, and 1,065 users in its Facebook Group this is by no means a small problem. However, is it big enough for Apple to really respond to?

With this many people all experiencing the same problem in varying degrees, it's rather far-fetched to imply a lack of MacBook care.

In fact, perusing the support forums you can read posts from users who clean their laptops with freshwater and the included MacBook cloth, before leaving it to dry overnight; others wipe their screens down after every use, and avoid screen protectors in case it exacerbates the issue. Put simply, these people appear to take better care of their MacBooks than most. So what is actually causing the problem?

PCPro reader @chriswiles reached out to us on Twitter to inform us of his MacBook staining problem. Chris' problem seemingly occurred after he cleaned his 13in MacBook Pro screen using screen cleaner purchased from the Apple Store a couple of months ago. Having used the product in the past on other MacBooks and screens Chris hadn't encountered these problems before.

Conversely, members of the PC Pro team haven't experienced such issues on their own MacBook Pros. Ian Betteridge, cleans his screen regularly with a Techlink MacBook cleaning kit, and has experienced absolutely no problems or stripping of the AR coating.

While it's too hard to say if it's the iKlear spary Chris used stripping off the coating, or if the coating itself is a hardware defect on some MacBook Pros, it's clear this shouldn't be happening with an Apple product. That's why Staingate.org is attempting to take Apple to task for the recurring issue.

Generally Apple is rather considerate when it comes to consumer issues, replacing or repairing MacBooks when problems arise that haven't been caused by the user. Recently Apple repaired MacBook Pros suffering from distorted or scrambled video. However, when offering the repair it claimed that only a "small percentage" of users were affected.

Going by a petiton to help solve the issue, this "small percentage" was in the region of 38,000 users. It took nearly 4 years for Apple to solve the problem, and with Staingate only having 1,477 cases registered, it could be a long battle for affected MacBook users.

Have you had any issues with your MacBook Pro display generating mysterious stains similar to those in the images featured here? If so, let me know by getting in touch in the comments below or through Twitter @VaughnHighfield or @PCPro.

PC Pro has reached out to Apple for comment but have not received one at time of going to publication.