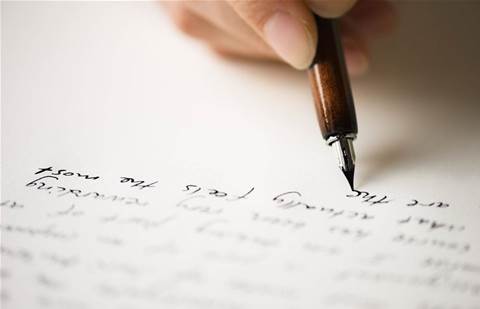 Aidan Tudehope, the managing director of Macquarie Telecom's government and hosting group, has slammed Huawei for sending letters critical of the Australian Strategic Policy Institute (ASPI) to its partners who are also institute supporters, including Telstra and Google.

The MacGov boss said letters sent by Huawei were "highly inappropriate" and "smacked of an attempt to stifle independent discussion” according to a statement released by the IT provider on Thursday afternoon.

The backlash follows Huawei’s director of corporate and public affairs Jeremy Mitchell writing to partner companies earlier in the week to discuss recent media coverage of Huawei. The letters stated that ASPI spokespeople had frequently made negative comments about Huawei.

“As your company is a major contributor to ASPI but also a partner of Huawei, I wanted to write to you to ensure you have the opportunity to receive more balanced and fact-based information,” Mitchell wrote.

“We have been extremely disappointed in the way ASPI has conducted itself when it comes to Huawei. We understand and agree the issue of cyber security is a vital policy matter. In fact, Huawei has been a global leader in openly discussing and offering solutions to the policy challenges governments and the technology industry faces to secure network data and equipment.”

Mitchell wrote that ASPI appeared to have “an unhealthy fixation on our company that has crossed the threshold of independent fact-based thinking to become the ‘go to’ organization for all things anti-China”.

“We know your company has vigorous due diligence processes and you understand our company well. We also know your brand is associated with ours and this sort of one-sided reporting may also reflect on your company as a partner of Huawei,” Mitchell continued.

“I wanted to offer to you and your senior management the opportunity to receive any fact-based briefings or information you may need. It is vital these important policy areas are addressed sensibly and carefully.

“Cyber security policy is an important area for our economy and strategic future, it should be openly discussed and debated. The discussion needs to be fact based and driven by open and transparent reasoning. We feel ASPI has let both our companies down by their fixation on painting Huawei as the enemy without any evidence to back it up.”

News of the correspondence was broken by Nine Entertainment Co., which prompted MacGov’s Tudehope to respond, saying the letter was “just wrong”.

“This only heightens the suspicions that Huawei wrote to organisations with which it felt it had some commercial leverage,” Tudehope wrote. “Huawei has every right to disagree with ASPI’s views, but it should play ball and take the debate up in public and directly with ASPI.”

The ASPI was founded by the government in 2001 as “an independent think tank that produces expert and timely advice for Australia’s strategic and defence leaders”, according to its website.

The institute published a number of reports critical of Huawei’s involvement in Australia’s 5G network in the lead up to the vendor being banned from the rollout in August last year.

Tudehope said Macquarie Government was a supporter of ASPI but was not a partner of Huawei and had not received the letter.

“Huawei should publicly acknowledge this and clarify the intentions of its letters,” Tudehope continued.

“ASPI is staffed by experienced, impressive policy analysts who have come from many fields and is nurturing a new generation of Australian policy makers.

“Companies like Macquarie support it because we respect the importance of informed debate, even if we sometimes disagree. Huawei should be careful to subscribe to the same values and principles if it is truly concerned to restore its reputation.”

Huawei has stood by its communication to partners.

“Huawei serves over half the Australian population with their daily communications needs and has done so safely and securely for 15 years. We are happy to stand by our record in this area.”