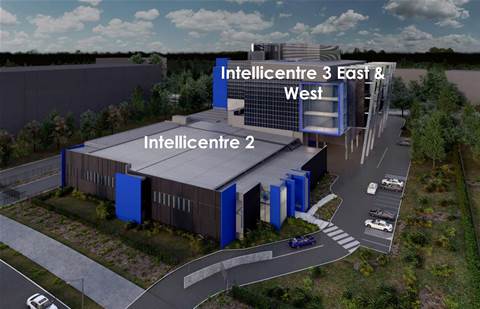 Macquarie Data Centres will provision 10MW of capacity at its Macquarie Park campus for a new customer contract win, which the company claims is a leading corporation.

Though confidential in name, the customer win represents to Macquarie Data Centres a $40 to $50 million capex increase for its current financial year, which it has anticipated will total between $180 million and $200 million.

The customer will be settled in the colocation provider’s IC3 East facility in Sydney, the build of which Macquarie group executive David Hirst said would be completed by early next year.

“We’re pleased to welcome the contract with this leading corporation and to provision 10MWs of IT load at IC3 East, our newest data centre located in the Sydney North Zone, and Australia’s answer to Silicon Valley, an area known for its cloud ecosystems and connectivity,” he said.

"The IC3 East build is progressing well and we continue to expect completion in February 2021, on time and in budget. To secure an anchor tenant before the build is complete is testament to the quality of the MDC team and our strategy. Over 1MW of wholesale and corporate capacity remains available at opening on one whole floor with further options to expand within IC3 East.

“Today’s announcement furthers Sydney’s position as a regional data centre hub and Macquarie Data Centres as a significant operator in the market.”

Macquarie Telecom Group chief executive David Tudehope said the customer win recognised the investment the company had made in its data centres campus.

In an investor update, MacTel reported that construction of capacity under the new contract would occur through calendar year 2021, with completion expected late that year or early 2022. MacTel will commence billing shortly after completion.

Cloud application revenue made easy
By Staff Writers
Nov 16 2020
5:50AM