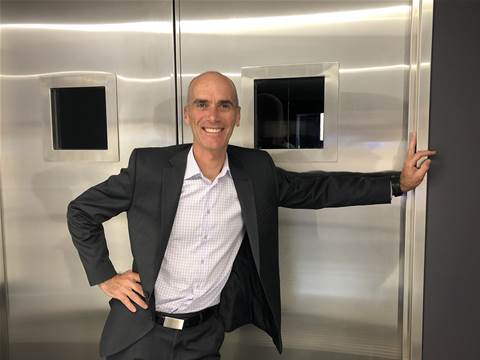 Foster joins the company from Sydney based managed services provider Brennan IT where he served as a part time consultant for the past 13 months.

He served as Fujitsu’s ANZ CEO from March 2011 till November 2020 and has since held advisory roles at drone company Carbonix, AI software developer Provenioai, infrastructure automation company OverIP and as CEO of executive mentoring organisation The Mentor List. A Macquarie spokesperson told CRN that Foster will continue in these roles.

His new title is director of strategic growth, defence and national security at Macquarie Government and the company said the newly created position has been designed to “lead Macquarie’s expanding Defence and National Security capabilities and pursuits, including vertically integrated cyber-security, cloud, data centre and telecommunications services”.

It said he will also support the policies relating to the Hardening Government IT (HGIT) Initiative, tasked with improving security capability across government agencies.

Macquarie has business with the Australian Taxation Office (ATO), which has been selected as the fourth trial agency in the HGIT’s Cyber Hubs Pilot.

“For over a decade Macquarie Government has gained unparalleled insight into the digital landscape in which Australian government agencies now operate,” he said.

“The expertise the Macquarie team has gained from providing cyber-security, infrastructure and cloud services to a wide range of Federal Government agencies is unparalleled. That expertise is highly valued by the Federal Government and I’m excited to be leading the company’s next evolution to further support the Defence and National Security sectors.”

“Mike’s deep experience leading large and complex ICT programs for Defence will be critical for Macquarie Government as we continue to build on our capability offering to Federal and State Government customers,” he said in a statement.

“This appointment comes during a time of unprecedented growth for Macquarie Government. In January alone we welcomed and on-boarded 10 new starters and we expect that to grow by a further 40 in the coming months as we fill a range of roles in security, cloud, and DevOps areas."

Grow your software revenue by selling these 5 affordable, essential tools for the modern workplace
By Chris Player
Feb 15 2022
11:50AM