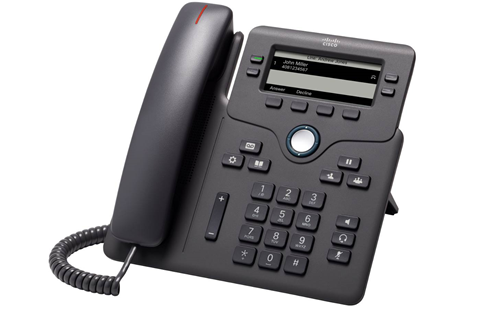 The Cisco handsets MacTel will supply with its "Hello" cloud calling service.

Customers pay a fixed fee per use per month, which covers local and international calls, along with some VoIP equipment and servers hosted in MacTel’s data centres. Hello also offers an online reporting tool to monitor the network status and local support from Macquarie Group’s HUB support centre.

“The last box in the IT room, the PBX, is finally moving to the cloud,” MacTel group executive Luke Clifton said in the announcement.

“While cloud-based telephony is nothing new, tactically it’s been the last item to make the switch. But as the NBN rollout continues, businesses need to ensure continuity of communications and now is the time to make the transition.”

“The devices themselves are ‘dumb’ – the software-defined nature of the system means the brains live in the network and organisations won’t have to regularly replace handsets.”

Hello sees MacTel join an increasingly busy market for voice services, with the likes of 8x8 and  RingCentral already in-market, and Microsoft ramping up the services it offers around Teams. They're all scrapping for a market with many prospects, as the switch-off of ISDN and the arrival of the NBN at many businesses together make existing PABXs obsolete and all-but-force companies to make a new choice.