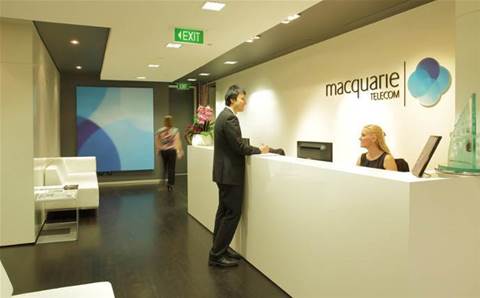 Macquarie Telecom has posted revenue and profit growth for the ninth consecutive half-year on the back of strong contributions from its data centre hosting business.

Hosting sales boosted overall revenue with a $52.8 million contribution for the period, up 15 percent from last year, balancing out a slight decline in its telecom business. Telco revenue was $69.2 million, down 3 percent from $71.2 million.

“Macquarie has had another strong half and we will continue to leverage our investments to deliver growth to drive further shareholder value,” Macquarie Telecom chairman Peter James said.

Telco revenue was impacted by lower mobile sales, as well as its first batch of NBN migrations during the period.

A new business unit, Macquarie Data Centres, was also established to manage its three data centres, as well as the recently announced Intellicentre 3 East expansion. MacTel revealed a delay in planning and approval moved the expansion’s completion date to sometime in the first half of 2020.

“Hosting’s growing profitability reflects the operating leverage from our investments in data centres and cloud computing.”

Looking ahead, MacTel expects full year FY19 EBITDA to be between $51 to $53 million while capital expenditures are expected to be between $45 and $49 million.