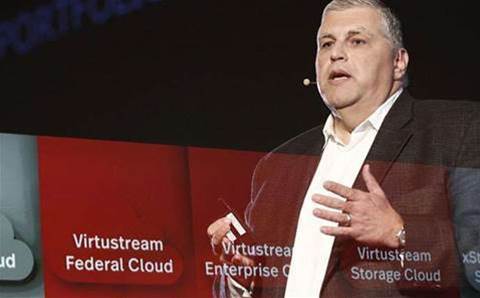 Publicly listed MacTel revealed the co-location deal in an investor presentation today, where it also highlighted a hosting arrangement with Accenture. Its shares were up nearly 3 percent on the news.

EMC acquired Virtustream in May 2015 for US$1.2 billion, before the storage giant itself was acquired by Dell.

Speaking at EMC World in May 2016, Virtustream founder Rodney Rogers said that "Australia will be next" after Japan in the company's global expansion. "Whether we hit Australia in Q4 or Q1 of 2017, I don't know yet, and we are having that discussion with service providers in the region around partnering."

Virtustream differentiates itself from public cloud leaders Amazon Web Services and Microsoft Azure with guarantees of uptime and data durability that exceed the industry standard.

While most cloud providers offer 99.5 percent availability – or more than four hours of downtime per year – Virtustream promises five nines of uptime for availability (99.999 percent) for its Virtustream Enterprise Cloud and 13 nines of durability for the storage cloud.

Virtustream will be hosted in Macquarie Telecom's Intellicentre 2 in Macquarie Park, Sydney. The data centre received a $15 million investment last May to accommodate an unnamed Fortune 100 company for an initial contract of six years

The first revenue from this customer, which required 2.5MW of load, commenced in March 2017. Macquarie Telecom offers 12.4MW across its three data centre, with plans to increase this to 14.5MW.

In the first-half of the 2017 financial year, MacTel has secured "large hosting sales totalling 0.5MW ", primarily the deals with Virtustream and Accenture. Accenture is a co-location deal, while Virtustream is a combination of co-lo and infrastructure services.

Construction is underway on MacTel's fourth data hall in Intellicentre 2, due for completion in September. The company expect to buy or build a new Sydney data centre in FY2019, based on historic sales rates.

MacTel's offerings include data, voice and mobile services as part of its telco business unit, which represents 67 percent of revenue, as well as cloud services and its government business, which together make up 33 percent of revenue but half its earnings.

The ASX-listed company is certified by the Australian Signals Directorate and has a particular focus on government, with clients such as the ATO, Treasury and APRA. It claims to have "42 percent of the Australian government as customers".