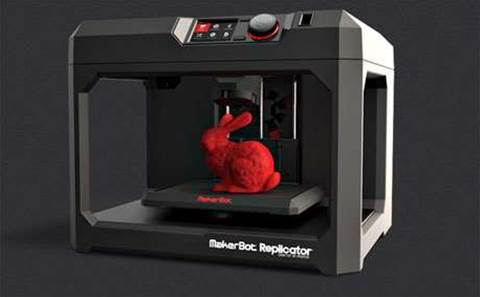 Up to 135 resellers could be shifting 3D printers in Australia as part of a landmark deal between Leading Edge Computers and Freedspace Thinglab.

The retail chain has taken the plunge and signed a reseller agreement for Makerbot 3D printers. Two of the first few stores to be selling the product in Dubbo and Orange, but group merchandise manager Lee Scott expects many more to follow suit.

"I would expect we could have 30 or 40 stores that will adopt the product fairly quickly. But all stores could order it if they get a customer wanting to do it," Scott told CRN.

In a CRN poll earlier this year, 3D printing topped the list of hyped technologies that offered the greatest opportunity to the channel.

More than 100 Leading Edge Computers stores were shown the product by distributor Freedspace Thinglab at the group's recent national conference in Melbourne.

The decision to enter the 3D printing market has been several years coming. "We've been watching 3D printers for about four years now as they've gone from a cottage industry, to the cost coming down and professional quality products," he said.

While Scott said he doesn't see 3D printers as a "mass merchant product" for the home, he said the applications were "limitless" when it comes to professional use.

"It's going to be really interesting to see where it fits over next three to five years and see what applications people use these for. 3D printing is one of the most exciting technologies for a couple of years."

Rather than home users, Scott expects demand to come from small manufacturers for building design samples, and design students at schools. "Anyone doing design and engineering," he said.

Leading Edge Computers will target these customers with outbound sales teams, arranging demonstrations for potential customers. "It's a sale that needs assistance. You don't just sell the product and send the customer home," he said.

As well as small businesses and students, he said there are applications for 3D printing in the medical market, as well as by hobbyists to make spare parts.

Leading Edge joins Officeworks and Kogan as two other resellers now selling 3D printers in Australia. Kogan today announced it has begun selling a $699 3D printer for the "average Joe".

Kogan claims to be the first local retailer selling a 3D printer for less than $1,000.

[Correction: This article originally listed the distributor as Inition3d. This has been corrected.]