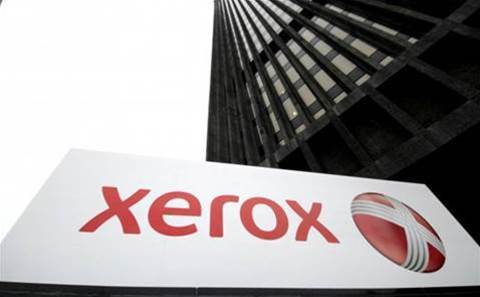 There has been no rest for disgruntled Xerox investors Carl Icahn and Darwin Deason since Fujifilm Holdings Corporation agreed to purchase a 50.1-percent majority stake in the printer and copier vendor. On Tuesday, Deason launched the latest attack: A lawsuit filed against Xerox, its board of directors, its former CEO Ursula Burns and Fujifilm that aims to enjoin the transaction.

Deason, Xerox's third-largest individual shareholder, claimed in a filing with the US Securities and Exchange Commission that the Fujifilm deal is a result of a "lock-up" agreement made between the two companies in 2001 that was "fraudulently concealed" from investors.

Fuji Xerox is a joint venture agreement initially entered into by Xerox and Fujifilm in 1962. The business develops, manufactures and distributes document processing products in the Asia Pacific region, and the pact was designed to maintain access to patents and technology on both sides.

The Fuji Xerox joint venture terms were updated in 2001 when the 50-50 partnership became majority-owned by Fujifilm (75 percent). Also, Xerox was prohibited from selling print and copier devices in Asia, because Fuji Xerox maintained those rights, and if a named competitor ever acquired more than 30 percent of Xerox, Fujifilm had the option to terminate the agreement entirely.

Those details were disclosed by Xerox in a recent SEC filing related to the Fujifilm transaction, and Deason claims they had never been previously made available to investors. He added that the restrictive elements of the Fuji Xerox agreement "precludes a transparent and fair process for the potential sale of Xerox."

Deason goes on to highlight the lack of a control purchase premium passed on to Xerox shareholders, their minority stake in the new company and the continued leadership of Jeff Jacobson, who will serve as CEO of Fuji Xerox upon deal closure.

Xerox issued the following response to CRN USA through a company spokesperson:

"Mr. Deason’s allegations are without merit and the company will vigorously defend itself," Xerox said. "After having considered all strategic alternatives available to the company, Xerox’s Board of Directors remains steadfast in its belief that the combination with Fuji Xerox is the best path to create value for the company and its shareholders.

"It is unfortunate that Mr. Deason is seeking to interfere with Xerox shareholders’ right to decide and is relying on meritless legal claims. Xerox has fully disclosed the joint venture agreements, and the company will respond to Mr. Deason’s legal claims through the appropriate legal channels in due course."

Ichan and Deason, who together own 15 percent of Xerox, penned a letter to fellow investors on Monday that argued a Fujifilm takeover would be "the company’s final death knell" if approved.