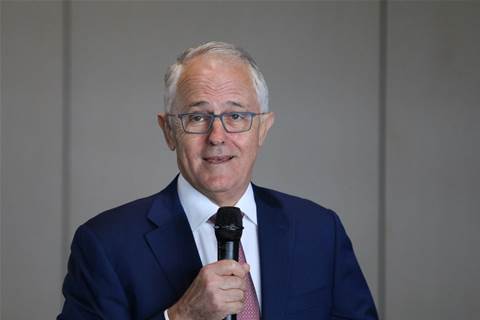 Former Australian Prime Minister Malcolm Turnbull has been appointed to the Board of Advisors for digital forensics platform provider Cado Security.

During his tenure as the 29th Prime Minister, Turnbull appointed the first minister for cybersecurity to the Australian Cabinet and launched the country’s first national cybersecurity and critical infrastructure strategies.

Turnbull’s decision to join the Cado Security Board of Advisors complements an investment by Turnbull & Partners in the company’s recent Series A fundraising, which raised US$10 million.

Cado Security co-founder and chief executive, and former senior officer with the Australian Signals Directorate, James Campbell, said he was honoured to welcome Turnbull to the company’s Board of Advisors.

“Malcolm’s experience building cybersecurity strategies from the ground up will be invaluable as we continue to build Cado Security to help enterprises quickly and easily conduct deep forensic investigations across modern cloud environments.

“Despite the benefits that the cloud can offer, there is still a realistic fear that security incidents in modern cloud environments can be a financial, legal and technical minefield that enterprises simply can’t keep up with.”

As a member of Cado Security’s Board of Advisors, Turnbull will provide advice given his on the global threats targeting both governments and industry.

“I’m excited to join Cado Security during such an exciting chapter in the company’s growth as it establishes itself as the first and only cloud-native digital forensics platform,” Turnbull said.

“Today’s cybersecurity landscape is rapidly evolving, as cybercriminals and nation-states look for creative ways to threaten businesses and society. Cado Security’s Response platform enables security teams to gain a deep understanding of threats within cloud environments and easily investigate and respond to breaches.”

Grow your software revenue by selling these 5 affordable, essential tools for the modern workplace
By Ben Moore
May 11 2021
8:55AM