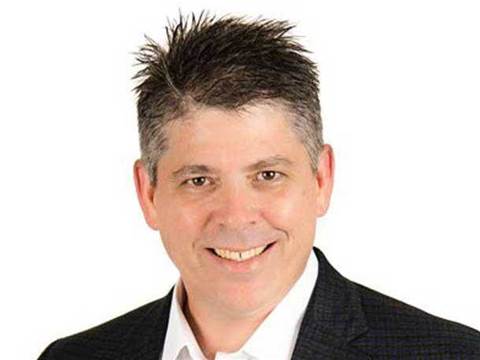 Endpoint cybersecurity vendor Malwarebytes is taking serious measures to ensure it’s seen as a company partners want to work with, not just a one-off anti-virus solution.

The majority of Malwarebytes partners are what the company calls “Tech bench” partners, those that are consumer-focused and use its anti-virus software in single instances to remove malware.

Those partners aren't good at turning Malwarebytes’ software into recurring revenue, so roughly four years ago the company made the decision to shift its focus towards allowing partners to build their own services.

As part of that ongoing shift in strategy, Malwarebytes brought on Mike LaPeters to lead its worldwide MSP and channel programs, who was tasked with developing those new recurring models and resetting the company’s focus towards partnering with MSPs,

LaPeters knows a large chunk of partners only use Malwarebytes products in one-off cases, but he wants to change that, starting by going into “hyper-recruitment” for new partners.

“What we’re really hoping to do is find those partners that want to do security and may have already taken the step down that path,” LaPeters told CRN. “Because we do things a bit different, we think that we can add value to almost anybody that’s already started moving towards the security side of services.”

A big part of that differentiation, according to LaPeters, is Malwarebytes’ incident response capabilities.

“That’s the biggest part of the problem. The problem is not blocking what’s going on out there, because it takes just one person doing something stupid and they’re inside. Once they’re inside, that’s where all the damage happens.

“Nobody gets harassed for getting hacked, they get harassed for how they respond to that. And that’s where I think we can really help people step up to say ‘you know what, yes, your customer may get hacked.’ In fact, close to 50 percent of the companies over the last year that got hacked were small to medium businesses because they’re a target rich environment. They don’t have experts to protect them and they don’t have the money to spend on all of the advanced tools.”

“But it’s not that hard to be able to help somebody hit by ransomware to get that buttoned up really quick. Partners can do that with our technology, but it’s much harder to do with some of the other technologies out there.”

LaPeters also gave an update on the progress of its OneView MSP program launched in March 2019, which came with a new portal that helps partners assign licenses.

According to LaPeters, Malwarebytes saw triple digit numbers of partners sign up to OneView when it launched in North America. Adoption was slower in Australia, but once it launched version 1.1, local partners started to sign up.

That local success has seen Malwarebytes use Australia as a test bed for some of its new program features. In particular, the company has trialed a new licensing model here that allows partners to purchase per-use licenses.

LaPeters admitted that in some cases, this could make licenses more expensive, but it still increased partner adoption by three times. The new licensing model will likely roll out globally in February next year.

“It felt like we were saying that everybody else was offering it, so let’s just jump there, when we offer additional functionality. So sometimes you pay a little bit more, and those are the partners we want to work with. We want the ones that are okay paying a little bit more because we’re going to give them more value that they can then charge more for.”