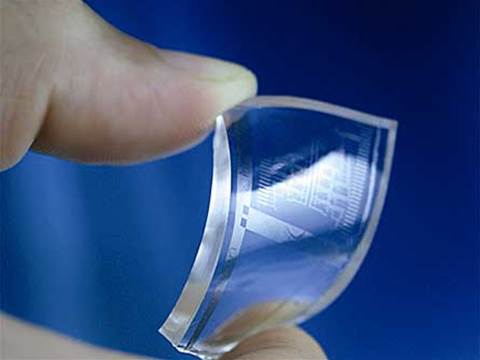 The Manchester University team - which has been leading research into the much-hyped material graphene - claims it has developed a sandwich-like architecture that could see the material move closer to replacing silicon.

The “Big Mac” circuit architecture placed graphene – described as the world's thinnest, strongest and most conductive material – between sheets of another super-thin material called boron nitrate to isolate the graphene and make accurate observations possible.

According to the researchers, two layers of graphene surrounded by the boron nitrate made it possible to study how the material behaves when unaffected by the environment and could push it closer to a commercial future.

“It's technically important that our demonstration shows that graphene encapsulated within boron nitride offers the best and most advanced platform for future graphene electronics,” said professor Andre Geim, who last year won the Nobel prize for physics for his work on graphene.

“It solves several nasty issues about graphene's stability and quality that were hanging for long time as dark clouds over the future road for graphene electronics."

The Manchester team said the four-layered structure could be key to replacing the silicon chip in computers, with the possibility of building transistors within a year.

“We did this on a small scale but experience shows that everything with graphene can be scaled up," Geim said. "It could be only a matter of several months before we have encapsulated graphene transistors with characteristics better than previously demonstrated.”

Grab the MSP security opportunity
By Stewart Mitchell
Oct 12 2011
6:51AM