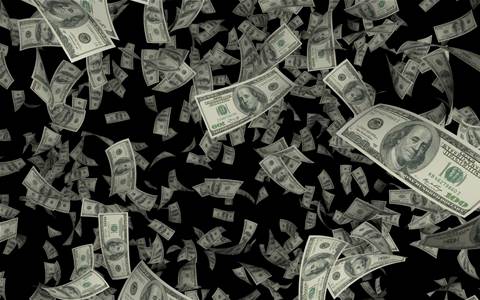 Mandiant’s top executives and directors could earn as much as a combined US$196.9 million in stock, options, and severance payments if the proposed acquisition by Google goes through.

The threat intelligence vendor detailed payouts for six of its current and former executive officers and seven non-employee members of its board of directors in a preliminary proxy statement filed Thursday with the U.S. Securities and Exchange Commission (SEC). Mandiant declined to comment to CRN on the filing.

Mandiant founder, board director and CEO Kevin Mandia (pictured above) could receive a payout of as much as US$98.6 million as a result of Google’s US$5.4 billion acquisition. More than US$13.5 million of Mandia’s payout is tied to “golden parachute” compensation that would be paid if Mandiant ends his employment without cause or if Mandia resigns from the company for “good reason” in the year following the deal close.

Mandiant has said that Kevin Mandia and his executive team will join Google Cloud, with Google maintaining the Mandiant brand going forward, according to an internal Q&A. The company has not directly answered questions regarding layoffs or if all Mandiant employees are joining Google, saying only, “We understand that this announcement raises a lot of questions for each of us personally.”

Chief Revenue Officer Bill Robbins is eligible for a payout of up to US$19.2 million; EVP of Mandiant Solutions Peter Bailey is eligible for a payout of US$14.1 million; and former EVP of Corporate and Legal Affairs Alexa King could get up to US$4.4 million. Robbins joined Mandiant in 2016, Bailey joined in 2019, and King led the company’s corporate and legal affairs for nearly a decade until leaving on Nov. 1, 2021.

Google on March 8 announced plans to purchase publicly traded Mandiant for US$5.4 billion, and the deal is expected to close later this year. The deal with Mandiant comes two months after Google purchased Security Orchestration, Automation and Response (SOAR) vendor Siemplify for a reported US$500 million to help businesses more effectively hunt, detect, and respond to threats.

The Google-Mandiant deal came weeks after Bloomberg reported that Microsoft was examining an acquisition of Mandiant, which sent Mandiant’s stock up more than 20 percent. Mandiant in October 2021 sold its network, endpoint, and email security product business to Symphony Technology Group (STG) for US$1.2 billion.

Grow your software revenue by selling these 5 affordable, essential tools for the modern workplace
By Michael Novinson
Apr 4 2022
7:42AM