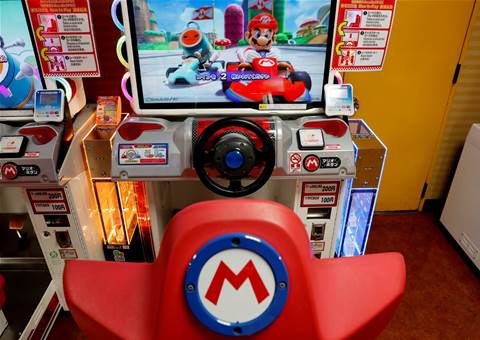 Nintendo's hotly awaited mobile title Mario Kart Tour launched on Wednesday with many users initially complaining server overload meant they could not play the game that is seen as a major test of the Kyoto-based company's mobile ambitions.

Expectations have been high for the title, where users steer characters such as Bowser, Yoshi and even Mario's first love interest Pauline as they race karts through world cities, with New York the launch location.

"The servers are experiencing heavy traffic. Your log-in request will be processed in the order it was received," read a message that appeared when the game was launched.

A Nintendo spokesman said the company was aware that, due to heavy traffic, some users were having trouble accessing the game but he said the situation was improving.

Nintendo has been slow to expand into mobile gaming, choosing to focus on its hybrid Switch console. Its online subscription gaming business has lagged rivals Sony Corp and Microsoft Corp.

Mario Kart Tour, which risks disappointing gamers with its initial lack of a multiplayer option, includes an in-game currency that can be used to try and win rare characters and items and a US$4.99 monthly subscription to unlock in-app rewards.

The game's teething problems came after Nintendo launched a lower-priced, handheld-only version of its Switch console last week, aiming to provide an alternative to its aging 3DS device and to encourage people to buy multiple Switch units.

Nintendo's shares slid on Wednesday, closing down 4.3% ahead of the Mario Kart game launch. Its shares have climbed almost 40% this year.

Grabbing the hybrid cloud opportunity with Lenovo and Azure Services
By Sam Nussey
Sep 26 2019
5:16AM