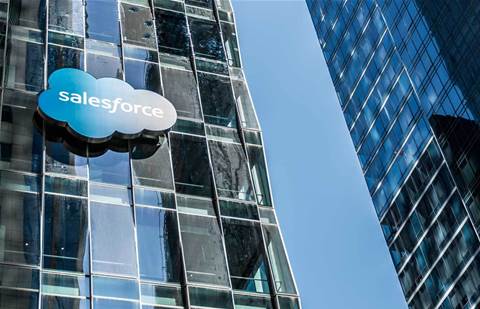 Salesforce said Wednesday that it had begun cutting some jobs the same day the cloud-based software leader added some US$60 billion to its valuation after reporting record earnings.

“We’re reallocating resources to position the company for continued growth,” a Salesforce spokesperson told CRN USA. “This includes continuing to hire and redirecting some employees to fuel our strategic areas, and eliminating some positions that no longer map to our business priorities.”

The spokesperson did not specify how many jobs would be cut. However, the Wall Street Journal, citing a person familiar with the plans, reported that around 1000 jobs would face cuts.

Salesforce, which has 54,000 employees in 66 offices around the world, did not immediately comment on specific roles and offices affected.

A Salesforce channel partner closely connected to the company said cuts are happening and are “pervasive across multiple teams,” though that partner didn’t know the magnitude.

TheLayoff.com, a website that tracks corporate downsizing, fielded posts from employees from multiple teams and geographies who reported losing their jobs, with many saying the cuts were most severe at properties Salesforce acquired over recent years.

One person wrote anonymously on TheLayoff they’ve confirmed between 1000 and 2000 employees will be let go this week, “mostly within the sales organisation and sub teams within specialists and enablement.”

“The organisation is planning to run extremely lean next year with little to no special programs or teams,” that person said.

Other posts on that website suggested those brought in through high-profile acquisitions, including, MuleSoft, Tableau, Datorama and ExactTarget, were hit particularly hard.

ExactTarget, a company Salesforce bought in 2013 for US$2.5 billion to spawn the Salesforce Marketing Cloud, “seems to be getting hit more so than others,” the Salesforce channel partner told CRN USA.

“A lot (several) of old-timers from ExactTarget got it today,” one person wrote on The Layoff.

Affected employees said they’ve been given 60 days to find a new position within the CRM giant, and if they can’t, they’ll get 18 weeks of severance.

In March, soon after the coronavirus pandemic began to threaten devastating job losses and economic disruptions, Salesforce CEO Marc Benioff pledged the cloud software giant would not conduct any significant layoffs for at least 90 days. That decree applied not only to salaried employees, but also hourly ones around the world, including those staffing facilities closed to impose social distancing measures.

On Tuesday, Salesforce reported one of the best quarters in the company’s history, and raised its guidance, predicting a bright, if still highly uncertain, year to come.

“We know what role we play in our industry. We know that we are a light and we have to continue to be that light, especially during these difficult times,” Benioff said in the Q2 earnings call.

Salesforce stock, which next month will be added to the Dow Jones index, surged from Tuesday’s market close of US$216.05 to above US$270 a share at the time of this publication, adding around US$60 billion to the cloud pioneer’s market capitalization in a single day.

One terminated employee wrote on TheLayoff: “So shocking, where is the Ohana during Covid and worse economic crisis that is yet to come? I feel very sad and I guess I will take a week to try and reframe my life and career.”

The Salesforce spokesperson said on Wednesday: “for affected employees, we are helping them find the next step in their careers, whether within our company or a new opportunity.”