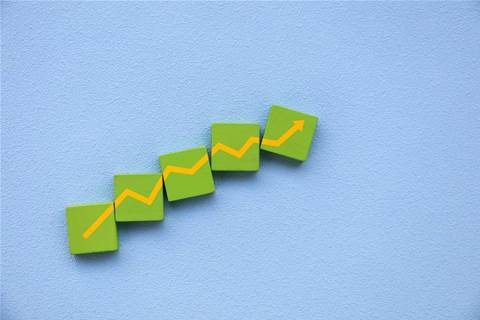 The sales blitz includes a sizable investment in new inside GreenLake sales reps worldwide charged with working hand in hand with partners and an increased account coverage model for partners, both aimed at driving new logo wins.

“We’re making a significant investment in the channel both with incentives and resources on the GreenLake front,” said White, who confirmed that HPE will continue its 17 percent up-front channel rebate on GreenLake sales in the new fiscal year. “It’s massive. … This is how we scale GreenLake to more and more customers.”

Australian partners who spoke on the condition of anonymity told CRN that while the vendor had been making a lot of noise about improving partner profitability, particularly in reference to GreenLake, the appetite for these solutions locally was surpassed by interest in traditional on-premise offerings.

However, several said they had experienced an increase in funding available for training in the GreenLake solution stack.

Locally at least the vendor has a lot of work ahead if it is to convince local companies to adopt GreenLake services over on-premise offerings.

Part of the plan to get to more customers includes an account strategy that gives the channel more accounts to cover.

“We are opening up a lot more of the customer base to the channel as we head into the next fiscal year,” said White.

“We are realising they have the tools, resources and capabilities to really serve a much broader set of our customer base. I expect there to be a significant uptake with these customers going forward.”

White added that he he expected to pay out a marked increase in channel sales commissions as HPE scales up the GreenLake go-to-market model.

“I have huge expectations for the channel in FY 2021,” he said. “But I’m also going to put our money where our mouth is and make sure that they have the resources, tools, enablement, incentives and people to help them be successful. … I think the channel is going to have a huge impact for us in fiscal year 2021.”

White stressed that the HPE GreenLake model is powering a land-and-expand strategy that is paying off in long-term recurring revenue for partners.

“Once partners have landed GreenLake in an account, then they expand it with the next project and the next solution and the next capability that is required,” he said. “That’s why we’re seeing so much excitement from partners.”

Customers are embracing the GreenLake pay-per-use model at an increasing rate in the wake of the cash-flow constraints posed by the global pandemic, said White.

Customers are more focused than ever before on conserving cash, said White. “There is really a key focus on cash flow, ROI and [business] impact,” he said.

“We are years ahead,” said White. “We have worked through a lot of the kinks. It’s easy to just say you are going to be an as-a-service company, but Antonio put the stake in the ground a couple of years ago and we are aggressively moving toward that.”

HPE is determined to provide flat out the best profitability for the channel for Everything as a Service, said White. “I am committed to making sure our partners are the most profitable,” he said. “Our whole mindset is how do we go through and with our partner ecosystem to deliver these to our customers. To do that, we have to not only provide them with the most profitability, we have to provide them with the tools and resources required to be successful.”

Besides profitability of the channel, White said he was firmly focused on customer feedback on the GreenLake model. He said customer feedback is paramount, noting that HPE has a 99 percent retention rate on GreenLake deals. “We see a significant amount of new business flowing through those customers,” he said. “That tells us we are doing the right things.”

HPE Australia was contacted for comment but had not responded at time of publication.