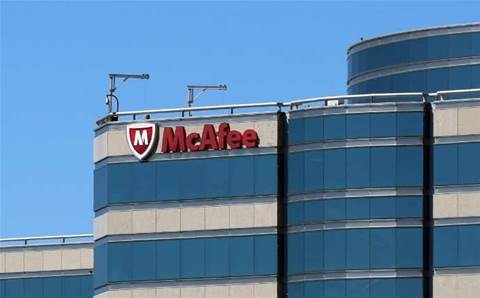 McAfee Australia has officially relaunched to partners with a clearer identity and strategy.

While partners may still face awkward conversations with customers about the brand – which started as McAfee then became Intel Security and is now McAfee again – the vendor believes partners can be more confident in its direction.

McAfee director of channel sales for ANZ Luke Power told CRN the rebranding had been well received – "not just with channel partners and customers but employees as well, especially the ones that have been here for such a long time."

"And I think the real message for the channel and what is resonating for them is around the OpenDXL [data exchange layer], fabric and integration because there they see a great opportunity to expand their business in line with their other offerings," he said.

McAfee claims to now be the "largest independent security company" in the world.

From red to blue to red again

McAfee was founded by John McAfee in 1987. In August 2010, Intel announced it would purchase the company, with McAfee becoming part of the Intel Security division.

In June 2016 rumours began that McAfee would be spun off from Intel. In September, Intel announced a partnership with global asset firm TPG Capital to create a standalone cybersecurity company.

Intel sold 51 percent stake of the security division to TPG Capital in a deal that saw saw the return of the familiar name McAfee.