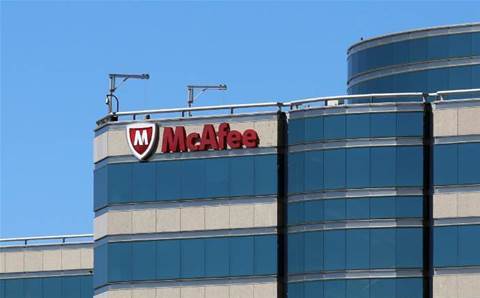 McAfee has laid off 200 employees across a wide range of departments and has seen several senior sales executives leave the company, according to media reports.

The layoffs were first reported by The Information, and a source has told CRN USA that the moves are part of an effort to prepare the company for an initial public offering or sale to another private equity firm.

"Their ratio for costs for people was out of whack with sales and margins," the source told CRN USA. "I understand what they're doing and why they're doing it."

“To accelerate our device-to-cloud cybersecurity strategy, McAfee is investing in growth areas and optimising processes to put the customer at the core of everything we do," McAfee said in a statement. "As we make changes, we are balancing the needs of the business with those of our workforce, approaching these decisions thoughtfully and with care for impacted employees.”

McAfee has failed to fill open positions in its channel organisation, but the source told CRN USA they haven't heard of any channel personnel being directly affected by the layoffs. In addition to the 200 layoffs, The Information reported that hundreds of open positions at McAfee have been eliminated.

The source also told CRN that McAfee has reduced its vertical market management teams from three people to two people, meaning that managers will be able to provide less day-to-day coverage. Although managers will be stuck doing more work and will only be available for "flash coverage," the source doesn't anticipate the vertical market cuts will make much of a difference to partners.

"The business happens at the field level with the sales reps helping the customers," the source said.

This is the second round of job cuts McAfee has seen in recent months, with CRN USA reporting in July that global channel chief Richard Steranka had left the company as part of a broader set of layoffs. Five months later, CNBC reported that minority stakeholder Thoma Bravo had entered into discussions about buying all of McAfee from Intel and majority owner TPG.

From a channel perspective, the source said McAfee has been cutting budgets across the board from programs and financial incentives that support partners. As margins on McAfee products erode, the source said other vendors such as CrowdStrike, Cylance and FireEye have done a better job protecting margins for solution providers.

"McAfee has gotten pretty cheap with MDF [market development funds]," the source said. "It's gone down three years in a row."

A McAfee spokesperson said the amount of MDF the company assigns is based on recommendations from industry analysts, adding that the percentage has remained consistent over the last several years.

On the other hand, the source said McAfee has put tons of money behind its recent acquisition of cloud access security broker (CASB) Skyhigh Networks. McAfee's subsequent offerings around cloud security have been well-received by customers, said the source, who expects the company to enjoy good growth in that space in 2019.

Overall, though, McAfee has been suffering from low single-digit revenue growth, the source said, which has created issues around how many employees the company can reasonably have in each territory. The Information reported that McAfee's year-over-over revenue grew by a mid-single-digit percentage in 2018.

Emerging endpoint security vendors such as Cylance, CrowdStrike, and Tanium have captured significant market share from Symantec and McAfee, the source told CRN USA, adding to challenges for the legacy vendors.

"You can't save your way to prosperity," the source said. "You have to spend your way there."