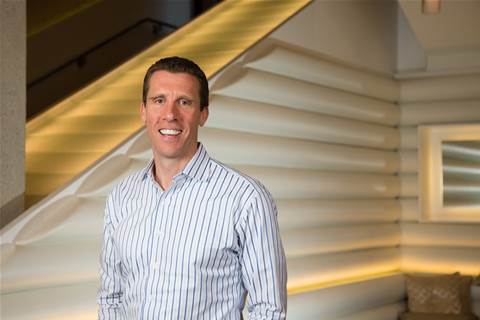 US-based tech-focused equity firm Symphony Technology Group (STG) plans to bring together McAfee Enterprise and FireEye Products into a nearly US$2 billion cybersecurity behemoth with more than 40,000 customers and 5,000 employees.

The combined company will be led by former Blackberry president and Cisco SVP Bryan Palma, who in June was tapped to be the top executive for FireEye’s US$541 million products business. Ian Halifax, who has served as Riverbed Technology’s chief financial officer since December 2019, will become CFO of the combined company.

Private equity firm Symphony Technology Group (STG) announced its intent to purchase McAfee’s US$1.35 billion enterprise business for US$4 billion in early March and completed the acquisition in late July. In early June, STG announced that it would buy FireEye’s product business for US$1.2 billion and that transaction is expected to close in the fourth quarter of 2021.

“I am energised to lead the integration of McAfee Enterprise and FireEye Products into the next chapter of our shared journey,” Palma said in a statement.

“Our customers need an integrated security platform powered by artificial intelligence, machine learning, and automation. We have an incredibly talented team of security professionals who will work tirelessly to deliver this outcome for their customers.”

A McAfee Enterprise spokesperson declined to make Palma available for an interview or comment beyond the press release issued by STG. The spokesperson also said a name for the combined company is not being disclosed yet.

STG obtained rights to the FireEye name as part of its acquisition of the products business, but the McAfee name remains with the company’s US$1.56 billion consumer business.

“Cyber risk is the number-one threat facing modern organizations and we are excited to advance our growing portfolio of cybersecurity companies,” STG co-founder and managing partner William Chisholm said in a statement. “Given Bryan and Ian’s respective experiences leading transformations, we are thrilled to partner with them to unlock value in the cybersecurity market.”

The private equity firm said it anticipates combining McAfee Enterprise and FireEye Products during the fourth quarter of 2021. STG said the new company’s integrated security portfolio protects customers across endpoints, infrastructure, applications and in the cloud. Palma joined FireEye in February 2021 as executive vice president of products and has revamped the business’s product strategy, STG said.

There is overlap between the McAfee Enterprise and FireEye Products portfolio, particularly in network, endpoint and cloud security. Specifically, FireEye’s Cloudvisory offering overlaps with McAfee’s cloud security portfolio, with both FireEye and McAfee bringing their own security information and event management (SIEM) platforms to the table with Helix and Enterprise Security Manager, respectively.

The publicly traded entity known today as FireEye will be renamed Mandiant next week and change its ticker symbol to MNDT in preparation for the closing of the FireEye Products sale. Assets remaining with Mandiant include the company’s threat intelligence and incident response services business. Sales for the Mandiant business surged to US$399.7 million in 2020, up 20.6 percent from US$331.4 million in 2019.

FireEye’s product business has struggled for several years due to the persistence of legacy, on-premises, appliance-based technology. Revenue for the company’s product business fell to US$540.9 million in 2020, down 3 percent from US$557.8 million a year earlier. That’s despite the surge in cybersecurity spending that accompanied the rapid shift to remote work at the onset of the COVID-19 pandemic.

McAfee’s enterprise business has similarly struggled in recent years as it faces off against high-powered competitors like CrowdStrike and SentinelOne. Net revenue for the fiscal year ended Dec. 26, 2020, inched ahead to US$1.35 billion, up just 1.2 percent from US$1.33 billion a year earlier. And the division’s operating loss increased to US$180 million, up 19.2 percent from US$151 million a year earlier.

Eliminating departmental friction within MSPs
By Michael Novinson
Oct 1 2021
6:16AM