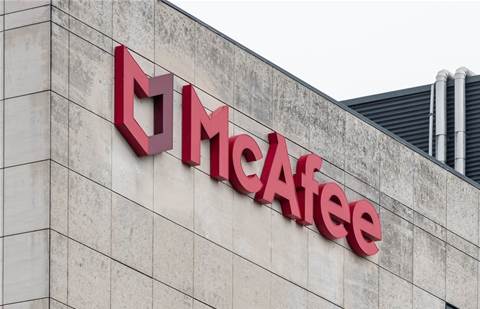 McAfee will continue to examine acquisition opportunities that provide greater breadth or competitive differentiation as the company transitions into being a pure-play consumer cybersecurity vendor.

The company said its US$25 million purchase of consumer VPN provider TunnelBear in February 2018 has served McAfee really well, according to President and CEO Peter Leav. The company will free up US$4 billion from the sale of its enterprise business to private equity firm Symphony Technology Group (STG), which was announced March 8 and is expected to close by the end of 2021.

McAfee has made five acquisitions since the company was spun out from Intel in April 2017, but all the purchases except for TunnelBear were directed toward the company’s US$1.33 billion enterprise division rather than its US$1.56 billion consumer business. The enterprise business will be rebranded in the coming months, while the consumer division will continue to be publicly traded under the McAfee name.

The four enterprise-focused transactions include: the US$590 million buy of cloud access security broker Skyhigh Networks in January 2018; the purchase of zero-trust application platform Nanosec in August 2019; the acquisition of predictive security analytics platform Uplevel Security in September 2019; and the buy of browser isolation firm Light Point Security in February 2020.

McAfee has done a very effective job when it comes to managing its use of capital, and Leav said the company has no intention of changing that as it pursues future M&A opportunities.

“We’re going to look at things that make sense,” Leav told Wall Street analysts. “So it’s absolutely not off the table, but we’ll continue to be very responsible.”

Sales for the quarter ended March 27 climbed to US$773 million, up 12.8 percent from US$685 million a year earlier. That crushed Seeking Alpha estimates of US$732.6 million.

McAfee’s stock is down US$0.98 (4.07 percent) to US$23.12 per share in after-hours trading. Earnings were announced after the market closed Tuesday.

For the quarter ending June 26, McAfee expects revenue in its consumer business of US$430 million to US$434 million on earnings before interest, taxation, depreciation, and amortization (EBITDA) of US$161 million to US$165 million. McAfee didn’t provide a financial outlook for its enterprise business due to the proposed sale of the division to STG.

Grow your software revenue by selling these 5 affordable, essential tools for the modern workplace
By Michael Novinson
May 5 2021
10:53AM