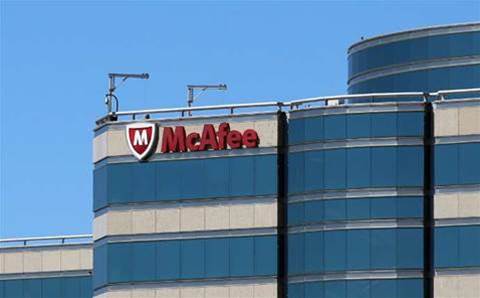 McAfee, which was acquired earlier this year by private equity giant TPG Capital, is tightening its belt with a round of layoffs that cut across the company, sources told CRN USA.

Multiple sources said the layoffs include cuts to the company's channel team.

It is not clear the full extent of the layoffs, only that they impacted departments across the company, sources said.

A McAfee spokesperson confirmed that the security vendor had made cuts, but declined to provide the exact percentage. The spokesperson said cuts were less than 10 percent and occurred around two weeks ago.

CEO Chris Young told CRN USA in April that the company has around 8,000 employees. McAfee now lists its headcount on its website as more than 7,620.

"McAfee is on a journey to position the company for success and its next chapter of growth. To align our strategy and continue toward our vision, changes were made to our workforce. We regret the impact this has on those employees affected," the spokesperson said. "McAfee [remains] fully committed to putting our customers’ cybersecurity needs at the core of everything we do."

The cuts come just five months after McAfee completed its split from Intel. The split, first announced in September, involved the sale of a 51 percent stake of the McAfee to TPG Capital. The deal is worth US$4.2 billion, including US$3.1 billion in cash to Intel and a US$1.1 billion equity investment by TPG Capital.

The split established McAfee – known as Intel Security under Intel – as a US$2 billion stand-alone security vendor for the first time since its US$7.7 billion sale to Intel in 2010. Young said the split would allow McAfee to drive a more focused strategy around cybersecurity.

Two sources said the cuts come after McAfee faced increased pressure from new majority owner TPG Capital to cut costs and drive profitability. McAfee appears to also have cut a significant number of marketing positions out of its Portland office, according to a late July report by Geekwire.

With the spinout, McAfee faced head on the increasingly competitive market for endpoint security and security platform technologies. In the interview with CRN USA, Young said McAfee wanted to be the "platform player in cybersecurity," driving third-party integrations and innovations around its own product set, including analytics, the intelligence security operations center, endpoint security and the Open DXL framework.

Multiple partners, who did not want to be named, said they had heard of the layoffs around the company's channel team. The partners said their business has been down with the security vendor since the transition, but at least one partner said it hopes to grow its business in the latter half of the year with McAfee.

Cloud application revenue made easy
By Sarah Kuranda
Aug 4 2017
6:39AM