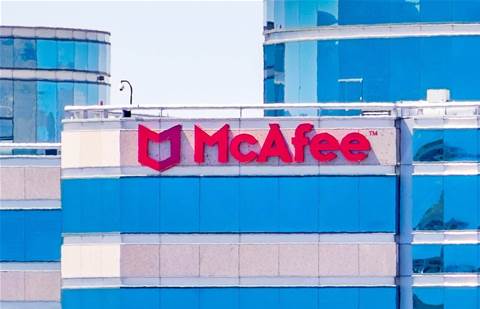 McAfee plans to roll out a new partner program in early 2020 that's laser-focused on providing relevant training and enablement around the company's emerging technologies.

The platform security vendor put its current partner program on hiatus in early 2019 due to a gap between the program's certification requirements and McAfee's actual training process, according to Ken McCray, head of channel sales and operations in the Americas. The lag in up-to-date training for partners resulted in delays to the sales and go-to-market process, McCray said.

McAfee has spent the past eight to 12 months designing a new partner program that rectifies these issues, according to McCray.

"We were asking partners to be certified on old technology," McCray told CRN USA Wednesday during McAfee MPower 2019. "But we've now gone 180 degrees in the other direction. If a partner continues to do our training quarterly, they will get credit for that against their partnership level in our new program."

The new training program will be tightly aligned with McAfee's corporate strategy around emerging technologies such as MVision Cloud, MVision EDR (Endpoint Detection and Response) and MVision Insight, McCray said. This has been accomplished through the channel organization working much more closely with McAfee's sales engineers to stay current on what they're being trained on, he said.

McCray now has a sales engineer director and five channel sales engineers within his organisation that have been assigned specific McAfee Platinum and strategic partners to engage with on a daily basis. The move ensures that solution providers will always have a contact in McAfee's channel organisation to talk with about training, McCray said.

When McCray took over as McAfee's Americas channel chief in 2016, he said the sales engineering organisation was getting squeezed out of the picture. McCray said he's invested in sales engineers and moved them to the top of the agenda given their importance to understanding the technical vision and growing the business.

McCray said he's taken a greater role in planning out at the start of each year what the quarterly trainings are going to look like. Under McCray, McAfee has also started to do an annual look back focused around training and enablement to see where the company has succeeded or come up short.

"Moving the focus on the technology from the end of the agenda to the front of the agenda is something that I'm very proud of," McCray said.

From an enablement standpoint, McCray said he's been very focused on getting not-for-resale versions of all the company's products into the hands of McAfee's 37 Platinum partners so that they can use the product internally and put it in their labs. By making the tools more available to top partners, McCray said they have increasingly adopted McAfee technology in their own ecosystems.

Customers will often ask channel partners what security technology they're running on their own laptops, servers or cloud, and McCray said it's very powerful for them to have adopted the McAfee tools themselves. Since making the not-for-resale program a focus area, McCray said McAfee has increased participation from less than 10 percent of Platinum partners to roughly 60 percent today.

"Our Platinum partners need to be using our products, and they need to have our products in their labs," McCray said. "I have certain expectations if you're going to be one of our top partners, and that's one of them."

In addition, McAfee has shortened the teaming plan process—for when McAfee and a channel partner establish a customer relationship together—from a two-page document to a one-page document that can be submitted more simply, McCray said.

Simplifying the deal registration and teaming process will ultimately lead to better productivity and more closed opportunities for channel partners, McCray said. He hopes the changes will lead to double-digit growth in both registered deals and submitted teaming plan programs across McAfee's partner base.

"We had additional steps in the process, and we stripped all of that out to make it easy," McCray said. "I'm really proud of what we've done in order to simplify the programs and make it more partner-friendly."