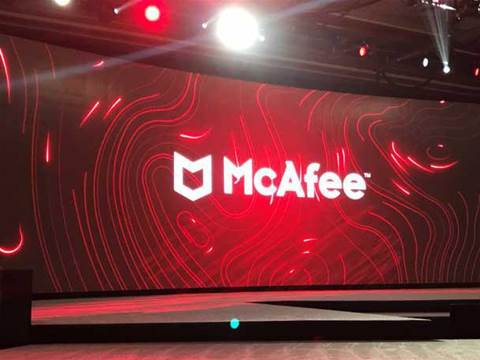 In one of the largest cybersecurity acquisitions in IT history, McAfee is set to be purchased by a group of private equity and investment firms for US$14 billion (AU$18.6 billion) next year with plans to take the security star private.

“This transaction is a testament to McAfee’s market-leading online protection solutions, our talented employees, and outstanding customers and partners,” said McAfee President and CEO Peter Leav in a statement. “We are thrilled to be partnering with premier firms who truly understand the cybersecurity landscape and have a proven track record of success.”

The investor group will acquire all outstanding shares of McAfee common stock for US$26 per share in an all-cash transaction valued at approximately US$12 billion on an equity value basis, and over US$14 billion on an enterprise value basis after giving effect to repayment of McAfee debt, according to the San Jose, Calif.-based company.

When completed, the investor group will “take ownership of McAfee” and McAfee’s common stock will no longer be listed on any public securities exchange, according to the company.

The deal represents one of the biggest cybersecurity acquisitions of all time, including larger than Thoma Bravo’s US$12.3 billion purchase of Proofpoint as well as Broadcom’s US$10.7 buy of Symantec’s enterprise business.

The acquisition is expected to close sometime in the second half of 2022.

McAfee has officially entered into a definitive agreement to be bought by an investor group led by Advent International Corporation and Permira Advisers LLC, Crosspoint Capital Partners, Canada Pension Plan Investment Board, GIC Private Limited, and a wholly owned subsidiary of the Abu Dhabi Investment Authority.

The investor group said it will provide McAfee with both financial and operational resources to enhance its consumer offering and capture the rapid growth in consumer demand for digital protection services.

McAfee went public just over a year ago, raising US$740 million on a US$9.5 billion valuation, which was at the time the highest ever market cap for a newly public cybersecurity vendor.

McAfee was acquired by Intel in 2011 for US$7.6 billion, and then sold in 2017 to TPG for US$4.2 billion, at which time Thoma Bravo took and Intel retained minority stakes.

Most of McAfee’s Class A stock is owned by private equity firm TPG, while Snowflake and Thoma Bravo each hold more than 10 percent of the company’s Class A stock, according to April filings with the U.S. Securities and Exchange Commission (SEC). McAfee’s Class B stock is majority-owned by Intel, while TPG and Thoma Bravo each hold significant minority stakes, according to SEC filings.

Jon Winkelried, McAfee’s chairman of the Board and CEO of investment firm TPG, who partners with McAfee, said the acquisition “signals continued growth and opportunity” for the security company.

“Over the last four years, the company has expanded its product portfolio, enhanced its go-to-market strategy, and pursued strategic M&A, including the divestiture of its enterprise business,” said Winkelried in a statement today. “We’re proud that today McAfee is a leading consumer cybersecurity franchise, protecting the digital lives of 20 million subscribers across the globe.”

The purchase price represents a premium of approximately 22.6 percent over McAfee’s closing share price of $21.21 on November 4, 2021, which represents the last trading day prior to media reports regarding a potential sale.

However, McAfee’s Board and advisors may actively initiate, solicit and consider alternative acquisition proposals during a 45-day “go shop” period.

There can be no assurances that this process will result in a superior proposal, and McAfee does not intend to disclose developments with respect to this solicitation process unless and until McAfee’s board makes a determination requiring further disclosure, said the company.

Create your business scorecard
By Mark Haranas
Nov 9 2021
6:59AM