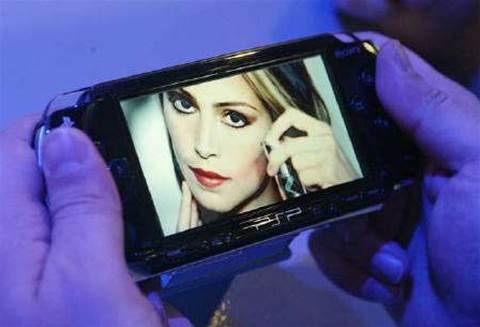 BEVERLY HILLS, California (Reuters) - The world's entertainment and media industries will grow faster in the second half of the decade than the first, reaching US$1.8 trillion in annual sales by 2009, according to a PriceWaterhouseCoopers report released on Wednesday.

The report, presented at a conference in Beverly Hills, California, forecast that the United States would remain the largest media market at US$690 billion by 2009 but would grow at the slowest average annual rate -- 5.6 percent.

The Asia-Pacific region, driven by gains in China and India, was seen expanding fastest, at nearly 12 percent per year, to reach US$432 billion in the same period.

The fastest-growing media sector worldwide will be video games, with double-digit growth spurred by sales of next-generation consoles, online and wireless internet access spending and online advertising, the report said.

Music sales will emerge from a moribund period, reinvigorated by digital distribution and mobile music sales for ringtones, the report said.

PWC analysts expected the global number of households with DVD players to surpass 304 million, those with broadband internet access to total 321 million and subscription TV households to reach 167 million households all by 2009.

The internet led other distribution channels in projected rate of growth for ad sales in the coming five years, with nearly 16 percent average annual growth forecast for 2005 to 2009, compared with 4.7 percent growth for radio, the slowest-growing medium.

Piracy will continue to cut into legitimate sales of music CDs, with only the United States and Latin America seeing increases in physical CD sales, the report said.

Spending on ringtones was seen as a key driver for the sector, which was forecast to grow at a compound annual rate of 8.9 percent and reach US$56 billion overall sales worldwide by 2009.

In the coming five years, broadband was expected to supplant dial-up Internet access, with Asia seeing subscription growth of 27 percent through 2009.

Newspaper publishing was expected to see the slowest growth during the period, with 3.3 percent compound annual growth in ad sales and circulation revenue bringing sales to US$202 billion worldwide by 2009, the report said.

PWC analysts saw strength in classified ads and tabloid sales but a steady loss of market share to internet and television.
Got a news tip for our journalists? Share it with us anonymously here.