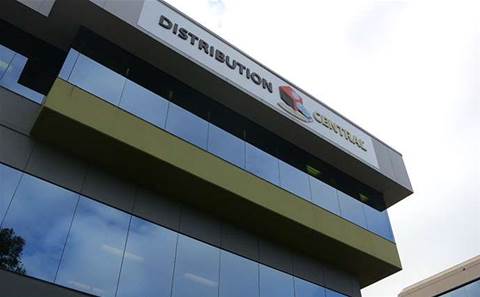 The combination of Distribution Central, which was acquired by global distributor Arrow in March, and Arrow ECS Australia, created through the 2014 purchase of Observatory Crest, has given birth to a half-a-billion-dollar IT distributor jostling to be Australia's fourth largest.

The most recently available annual report for Distribution Central from corporate regulator ASIC covers the 2015 financial year, when the company's full-year revenue was $313 million, up 13 percent on 2014. Some 93 percent of DC's 2015 revenue came Australia, with the rest from New Zealand and Asia.

Meanwhile, Arrow ECS Australia – which was born out of the global distributor's acquisition of Observatory Crest  – generated gross revenue of $132 million across Australia and New Zealand in FY2016.

The combined revenue would easily total a half a billion dollars for the two distributors, which are in the process of combining in Australia under an internal strategy known as 'One Arrow'. Verykios expects them to be fully merged and going to market in Australia as Arrow before the end of the year.

The companies are in the process of aligning systems and accounting. Arrow will be integrated into Distribution Central's NetSuite system, while Distribution Central is running a six-month "catch-up" until December to align with Arrow's calendar year reporting cycle.

"We don't muck around," said Verykios. "Everyone knows their territories, we are operating in essence as one team in terms of our go-to-market."

It is expected that the combined company will have access to the entire shared portfolio of vendors; currently the only major crossover between the two is F5 Networks.

"By the end of calendar year, we will be done, it will be one Arrow."

Sean Kerins, president of Arrow’s global enterprise computing solutions business, said previously that the acquisition of Distribution Central "makes Arrow the leading value-added distributor in the region", but in terms of size, how will the merged entity compare with the rest of Australia's largest distributors?

It can be challenging to make timely, accurate comparisons between privately owned companies in Australia, particularly due to the long delay between the end of the fiscal year and the deadline for lodging an annual report with corporate regulator ASIC.

For instance, Distribution Central's annual report for the year to 30 June 2015 was made available in October 2015.

Neither Ingram Micro Australia nor Synnex Australia's results for the most recent financial year are yet available, though the leaders of each company separately told CRN they each cracked $2 billion in FY2015. Both companies run calendar years.

Arrow's $500 million-plus in Australian revenue could see it overtake Avnet and Westcon as Australia's fourth-largest distributor, behind Synnex, Ingram Micro and Dicker Data, which turns over $1.1 billion.

According to the most recent publicly available numbers, Avnet Technology Solutions turned over $422 million for the 12 months to 27 June 2015, a decline of 5 percent.

Westcon's most recent annual report – which was only made available with ASIC earlier this year – covers the 12 months to 28 February 2014, in which the distributor reported revenue of $393 million. A statement last month from Westcon's parent company, South Africa-based Datatec, said that in the most recent quarter, Westcon "had a solid performance in Asia, offset by a weaker performance in Australia".

Distribution Central has always billed itself as a value distributor – does that claim still stack up amid its increased market size, not to mention the addition of tier-1 vendors such as Hewlett Packard Enterprise and Microsoft?

"When we were bought, the CEO said in the press release this makes us combined the largest value-added distributor in the region," said Verykios. "We have gotten the HPE distributorship and a Microsoft distributorship but both of those are focused on the value-enabled side of the equation. What does that mean? For HPE, we are totally focused on bringing their advanced and emerging tech to market – none of the commoditised side. Other disties in the market do that well."

Verykios said it had been less than two months since the HPE agency went live, admitting "it has been a hell of a learning experience" and "a lot of hard work".

On the Microsoft side, the vendor has positioned Distribution Central as an Azure-focused player in its Cloud Solution Provider (CSP) program. Verykios confirmed that Azure would be the company's main focus, but expressed interest in the rest of Microsoft's cloud stack. "We are absolutely interested in Azure workloads but that is like saying we are interested in tea leaves – I also need a cup and hot water."

Cloud application revenue made easy
By Steven Kiernan
Aug 4 2016
6:40AM