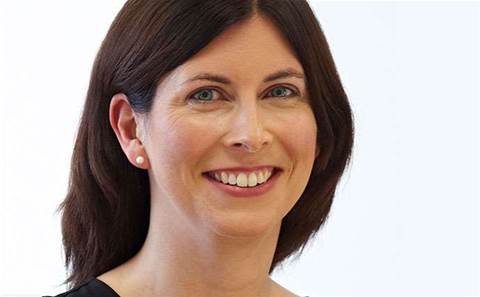 Telstra is launching an accreditation program for channel partners that it hopes will become an industry standard, newly appointed head of specialist partner channel Charlotte Schraa revealed to CRN.

Schraa steps into the role vacated by her former boss, Keith Masterton, who departed the telco in July after a career spanning 26 years. Schraa had been acting in the role since Masterton's departure.

She reports into Brendan Donohoe, executive director of Telstra Business, and oversees a partner division of some 45 people, including Mert Mustafa, general manager, ICT channel sales and development. "We have 185 partners that are all individually account managed under Mert's team. They have one point of contact. Then there are around another 50 or so that work with us in a more specialist capability."

"They [distributors] are where partners are nurtured and grown. The distributors provide the support that partners need. They will often provide toolsets, rather than a partner needing to go build its own toolset to integrate into Telstra's system. As an entry-level way of becoming a Telstra partner, those distributor relationships are really important."

Telstra is midway through 'Project Bastille', its strategy to double sales through partners within four years. Schraa said the program remains on schedule despite the change in management. "We are about halfway through the transformation in terms of the Bastille strategy, which was around doubling our channel sales within four years."

This goes all the way to the chief executive, she added. "Andy Penn is saying we need to collaborate to realise the opportunity."

While the carrier continues to recruit IT solution providers across a range of categories, including managed and professionals services, cloud and security, the company has also been acquiring IT companies to bolster its own capabilities. This year alone, Telstra has spent tens of millions buying channel partners Kloud, Readify and MSC Mobility. Past M&A activity has seen Telstra snap up NSC Group, Bridge Point Communications and O2 Networks.

While the acquisition strategy puts the carrier in competition with its partners, Schraa argued that Telstra's enormous customer base means there is plenty of room: it counts one million Australian companies on its client list – "more than 72 percent of Australian businesses are Telstra customers".

"Yes, Telstra will continue to invest in the capabilities it needs to grow but the size of the market is just so vast and the size of the opportunity is so vast… There is plenty of market to play in," she added.

CRN spoke to Schraa directly following the company's annual licencee and partner conference in Port Douglas, Queensland, where roughly 120 partner executives joined with 80 Telstra staff under the theme of creating "a world-class customer experience from inspiration to application", she said.

Attendance to the conference is now a perk of Telstra's partner accreditation scheme, which previous channel chief Masterton announced at the CRN Pipeline conference in April and spans platinum, gold, silver and approved levels. Partners are categorised based on technical capability and sales performance.

That was phase one of Telstra's new partner program, and offers benefits such as "deeper engagement with our executives, more support through transformation workshops around NAS [network application and services], and challenger-disruptive selling techniques", she said.

Also under discussion at the conference was phase two of Project Bastille: the introduction of an accreditation program that Schraa hopes will become an industry standard. The new accreditation scheme is scheduled to be delivered by the fourth-quarter of 2017 financial year, said Schraa.

"We have funding to deliver a more extensive program for phase two. For phase two, we want to establish an industry standard – a Telstra Solution Certification, like the Cisco certification that is out there in the IT industry."

The certification will be both sales- and technical-focused. "There is a technical stream we are building in phase 2; in particular, our data and IP solutions are quite technical.

"There is also a sales component to our accreditation program and that for me is probably more of the focus. The sales piece is around, certainly, the value proposition for the products and solutions, but more than that. How do you diagnose customer problems? How do you disrupt customer thinking? How do you combine solutions together? How do you consult with customers?"

Schraa's team "consulted with Cisco around their certification", she revealed. The partner program was also inspired by Microsoft. "We have regular engagement with the Cisco alliance team and the Microsoft team."

Telstra will have a stand at Microsoft Australia Partner Conference on the Gold Coast this week. "That is about us telling the story of the Microsoft-Telstra value proposition. We work quite closely and learn from one another."

Cloud application revenue made easy
By Steven Kiernan
Sep 5 2016
6:48AM